A future of design 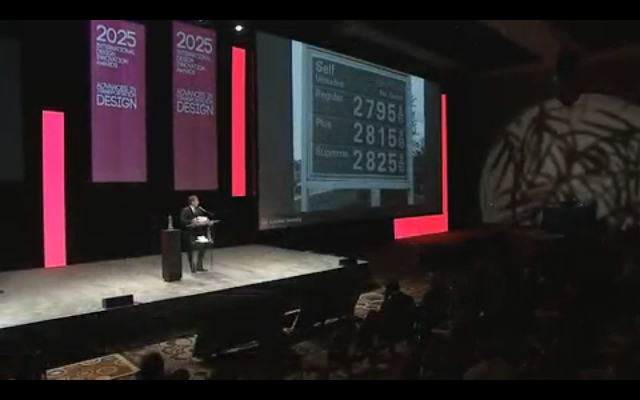 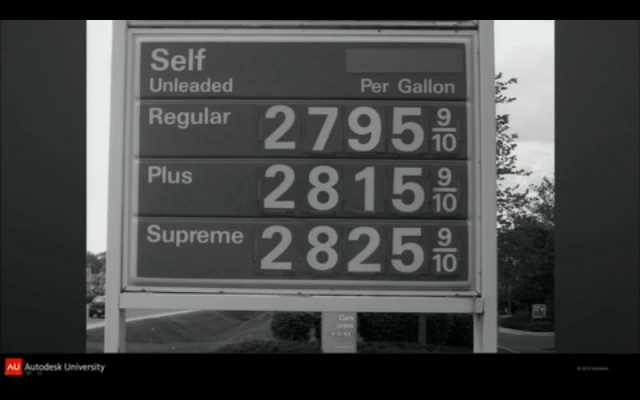 Imagine that it is the year 2025 and the world of technology is anew: quantum computing is now common, 3D printing has become a cheap commodity, biological programming has redefined the concept of life, and sensors of every type are embedded in almost every manufactured product, fulfilling the promise of the Internet of things. But in 2025, the world continues to churn. Economies on every continent have gone bankrupt. Massive corporations have fallen, replaced by rapidly growing startups—and the average global temperature has risen 1.2°C...


Such were the narrative elements informing an experiential scenario recently orchestrated by the 3D design software publisher Autodesk.

In November 02012 in Las Vegas, the company hosted Autodesk University, its highly-produced annual gathering for industry trendwatching, training and networking purposes. In addition to the regular programming of classes and TED-esque mainstage presentations, on this occasion they decided to experiment with staging an experiential scenario for the future of design. And so, genial compere and friend-of-this-show Autodesk Fellow Tom Wujec MC'd a thirteen-years-hence edition of the "International Design Innovation Awards" -- a hypothetical event well suited to provoking thought and conversation around "how the masters create in 2025".

The gala's winners -- which is to say, presenters from selected design-oriented organisations, ostensibly earning their respective gongs from among a trio of high-flying nominees -- were allowed 8 minutes of stage time (freakishly generous for an awards ceremony) enabling crafty in-world exposition, peppered with the genre's customary thankyous and shout-outs. The "awardees" included Intel's Brian David Johnson, Javier Verdura from Tesla Motors, Rex Grignon from Dreamworks, and my Arup colleague Alvise Simondetti (whose presentation incorporated ingenious imagery of post-climate-change London by Robert Graves and Didier Madoc-Jones). 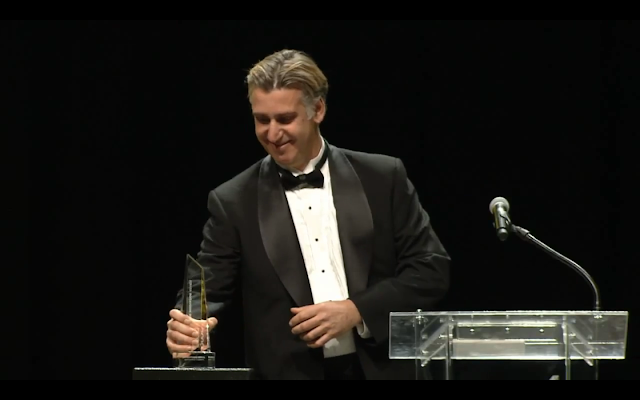 Alvise Simondetti from Arup proudly accepts his award for the "Universal Popup Hotel", an outstanding built environment design  -- a decade from now

But in terms of experiential scenario craft, the clear standout was OCAD foresight student and budding experientialist Trevor Haldenby, reprising a role created for his transmedia theatre production ZED.TO last year. In-world, he was speaking as Chief Innovation Officer of ByoLogyc, a Toronto-based biotech company being honoured in the exciting category of Advances in Biological Design.

This was among the most accomplished solo-performance scenarios I've ever seen, smoothly checking off some of the key criteria for doing experiential futures (or design fiction) work effectively.*

1. The tip of the iceberg, a.k.a. ‘reverse archaeology’. Archaeologists often dig up fragments of the past and try to deduce elements of social, cultural, economic and other context from these. An experiential scenario does the opposite, producing that handful of elements which will be most evocative of the world into which you want to invite the audience. This presentation made full use of the hybrid format provided (part acceptance speech, part corporate prospectus) as a window on a world of ubiquitous consumer biotech; with some great design assets -- slides touting ByoLogyc's deliciously creepy products -- woven in to tell the story. 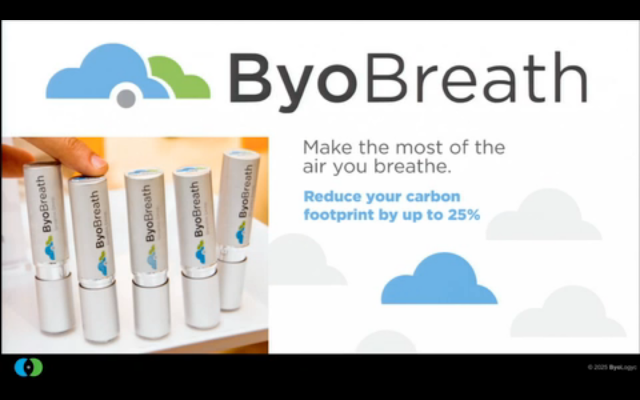 2. The art of the double-take, i.e., Make us think twice. As per Dator’s second law of the future ('Any useful statement about the future should at first appear to be ridiculous') the scenario into which the audience was placed by the ByoLogyc presentation was edgy in content yet eerily plausible in form. Playing these levels off against each other helps an audience find its way into a narrative logic that may be challenging.

3. Don’t break the universe. Put us in-world, and keep us there. A recent evening of alternate reality gaming/theatre that I attended was set in the year 01984, yet the physical invitations that the organisers -- to be fair, undergraduate students just learning the ropes -- had gone to the trouble of producing included an email address at the bottom, and urged participants to RSVP to "The Game Runners". These sorts of anachronistic and non-diegetic gaffes break the universe. Avoiding such traps is about carefully attending to all the little details that either enable or interfere with the suspension of disbelief. Trevor had it covered, literally down to the fine print, with © 2025 ByoLogyc appearing in the bottom right corner of each slide. His opening remarks also incorporated an in-world anecdote about the venue; another detail corroborating the putative reality of the encounter. Pro stuff.

4. Make it fun! Challenging content (point two above) need not and should not mean dull and deadly earnest. Plenty of black humour here; pitch-perfect, tongue-in-cheek riffs on corporate rhetoric -- "for 32 years we've been borrowing chapters from the book of life that exists all around us in the world, to develop amazing new products". With craft and wit, this approach helped tell and sell the story, while simultaneously exercising satirical licence to play both sides of the question of desirability of ByoLogyc's formula; biotech meets human-centred design to "contribute to the creation of a better world".

The embed link's declining to work, but video of the whole "Future of Design" awards session can be found at this link. It runs 1hr 15mins; Trevor Haldenby's speech is the final segment (starting at 1hr 1min 30sec).

There were some other lovely touches throughout this immersive-performance exploration of what could become of design over the next decade and a bit; perhaps there were a few things that might have worked better as well, but it was an ingeniously setting-appropriate conceit for the audience's encounter with an intersection of futures and design. Hats off to the experimenters -- there are many other design futures out there to explore, so I hope we'll see much more of this sort of thing as time goes on. 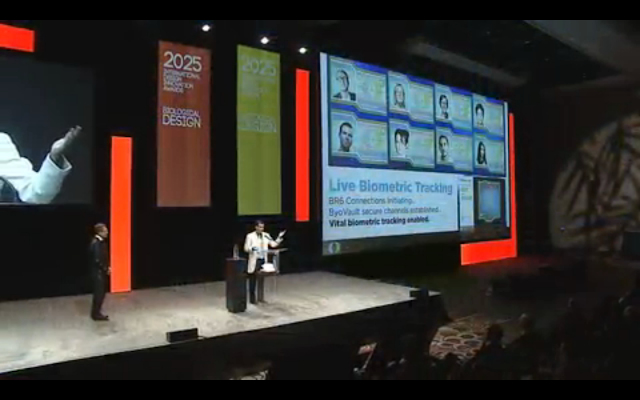 * For more on these design principles see The Futures of Everyday Life, pp. 189-207.

> Why futures and design are getting married
> Experiential scenarios at South by Southwest
> Hawaii 2050
> Design fiction, emerging
Posted by Stuart Candy at 1:13 am No comments: