What if you could reap the health benefits of spending time in nature––for productivity, creativity, and stress relief––without even leaving your office?

All this is coming soon to a cubicle near you.

Each unit provides intensive personal exposure to sounds, imagery, and (selectively) smells of various natural environments. The system gently guides the user through its Natural Resonance Imaging® technology, which maps the brain's real time responses to specific stimuli. A helpful Relaxation Status Display appears in the field of view throughout.

Capitalising on the latest findings in environmental neuroscience, the product's Toronto-based creators claim that their patented personal wellness system brings restorative benefits equivalent to, or even greater than, nature in the raw. 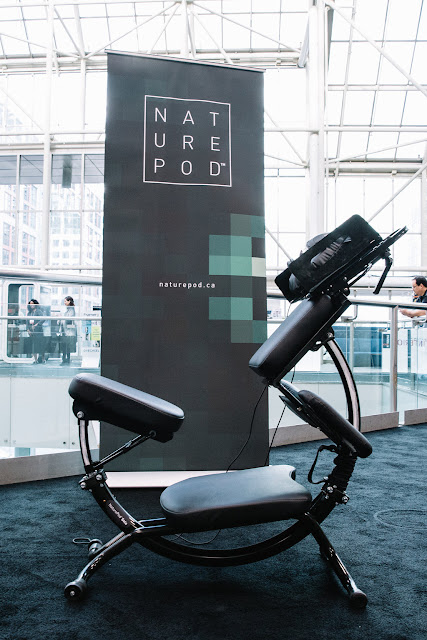 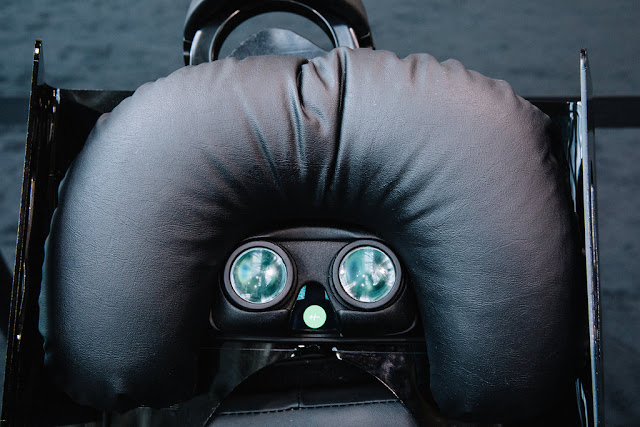 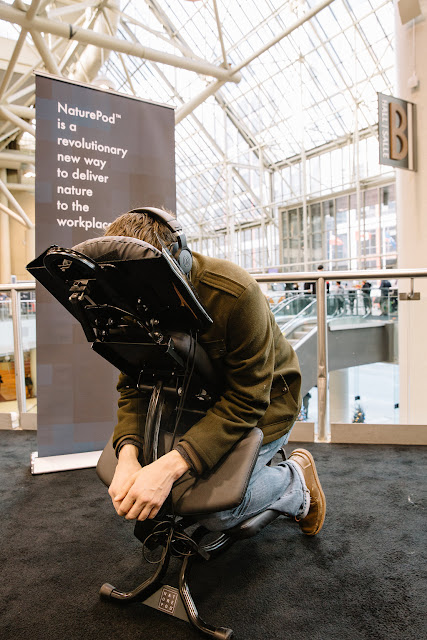 At IIDEXCanada, all a new user had to do to get started was adjust the Pod Body to their particular dimensions, and calibrate the Pod Headset's stereoscopic display to their personal IPD (interpupillary distance), before immersing in one of three demo environments: a lush valley mid-summer, snow-covered mountains in winter, or a temperate forest in spring.

Of thousands in attendance at this annual design exhibition and conferences––which included summits on Healthcare, Wellness, and Accessibility in the built environment––many who got to try NaturePod™ first hand were immediately enchanted, and prepared to buy or lease the devices on the spot.

But frankly, reactions were mixed. A few declared their horror at the idea that anyone might try to substitute a new gadget for the experience of forest.

Even so, no one appeared to have any difficulty believing that this was a real product being offered to mitigate the chronic disconnect of modern urban dwellers from the experience of nature.

It's an experiential foresight project in the public interest; a scenario set five years into the future but brought to life today, created by a team of graduate students from OCAD University's Strategic Foresight and Innovation program, and led by me under Situation Lab auspices.

Neither a prediction nor a preference, but a provocation, we wanted to use design and performance to invite consideration of how our relationship to nature in cities is changing, and contribute to a dialogue about potential differences between our current direction, and what we might collectively want.


The people in the video above are responding to a direct experience, not to a hypothetical question. 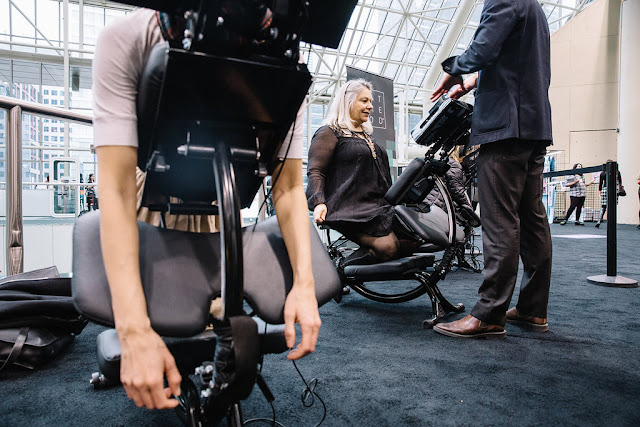 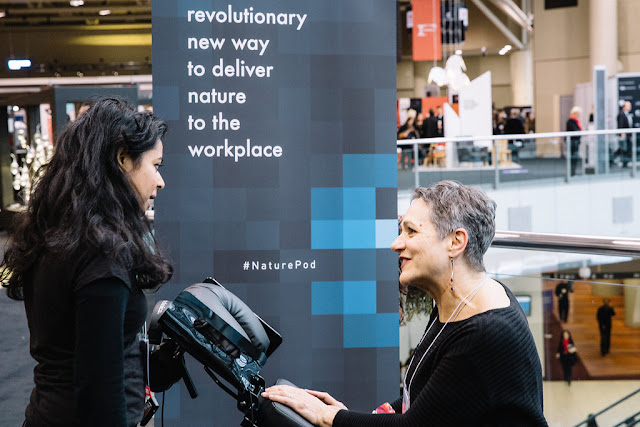 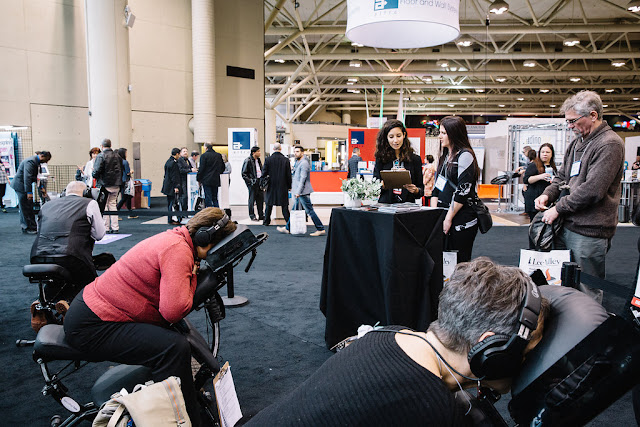 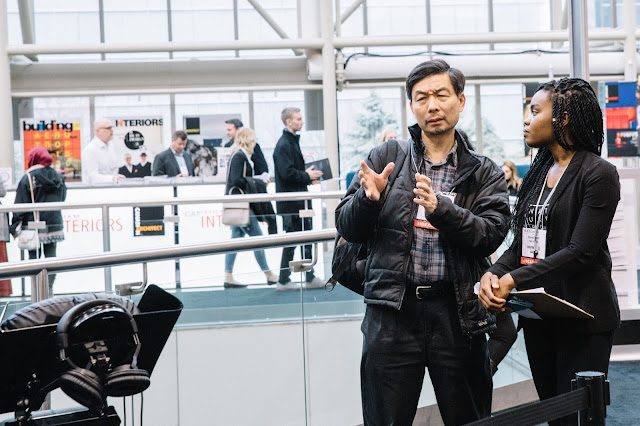 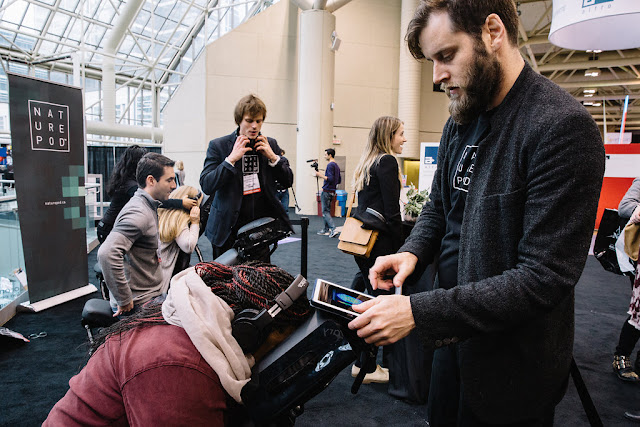 A few hints about the future setting were planted, including a full-page advertisement in the Show Catalogue announcing the release of the product in Fall 02021, but we were shooting for present-day realism in the encounter. The aim was to let folks come to their own genuine conclusions about the whole idea before the hypothetical status was revealed. The story told in the video has the same structure.

This unusual project grew out of a Time Machine, an Experiential Futures module that I created in 02013 and have taught each semester for the past three years at OCAD University.

That particular run of the Foresight Studio course, just over a year ago, was co-taught with the marvellous Suzanne Stein. One group of our students––Bergur Ebbi Benediktsson, Nourhan Hegazy, Jennifer McDougall, and Prateeksha Singh––spent the semester exploring the futures of humanity's relationship with the environment. When it came to the Time Machine, their response was ingenious; they created a "Nature Deficit Disorder Clinic" from 02040. In this experiential scenario set a generation from today, daily contact with nature is rare. The deficit is both ubiquitous and medicalised. People try to mitigate it with oxygen supplements and exposure to simulated forest, gauging their progress via brain scans.

A top Canadian environmental advocacy organisation, the David Suzuki Foundation, had served as this group's external partner throughout the class, and at their request we re-staged the NDD Clinic on Earth Day 02015 for the Foundation's employees and industry partners. Among the attendees was Canada's head of marketing for Interface, Inc.

Interface is a rather remarkable company. (You might know them from the documentary The Corporation, and especially the influential voice of their late founder Ray Anderson.) They're the world's leading carpet tile manufacturer, and also a global trailblazer in corporate sustainability. By no means is this a typical combination.

They engaged Situation Lab to create an experiential scenario to nudge their customers and others towards a deeper conversation about humanity's changing relationship to nature in the built environment. The same highly talented group of four graduate students came aboard to adapt the original concept for a totally different context: instead of a room-specific, 20-minute immersive installation for a captive audience of 20-30 members, we were to make this experiential scenario available to thousands of people over two full days at one of the largest expositions of its kind in North America.

Now, in the architecture and interior design world, it turns out that there is already lively discussion underway about (E.O. Wilson's term) "biophilia" in a design context, for instance in the 02015 report, Human Spaces: The Global Impact of Biophilic Design in the Workplace.

Biophilia refers to the "instinctive bond between human beings and other living systems"; a bond variously accommodated or cheerfully ignored by present urban and building designs. We designed NaturePod as an experiential contribution to both broaden and deepen the conversation. What are the implications for our wellbeing of trying to close the nature gap using increasingly sophisticated imitations? Where might that lead?

What I love about the project is that this visionary company took such an unusual step, sponsoring a guerrilla futures intervention to urge industry and public engagement with issues that matter and affect everyone. (To the extent that corporate entities have engaged in experiential futures or speculative design previously, the results have tended toward the shamelessly commercial and trite, as Noah Raford has persuasively argued.)

NaturePod™ comes almost a decade after the first experiments in what we've come to think of as a special strand of publicly-oriented foresight work. Guerrilla futures combines strategic foresight and tactical media to produce unexpected encounters with possible worlds (see FoundFutures, for instance). Injecting possibilities into the present lets us think and feel new potentials, not "merely" hypothetical, in a mode of exploration squarely located where serious investigation meets play. (See Chapter 5 of The Futures of Everyday Life for more.)

This may be a first for corporate use of experiential futures / design fiction in guerrilla mode, and it is our hope that it provides a bracing contribution to design conversation far and wide.

Thanks and bravo to Interface, and to our marvellous design team: Berg, Jennie, Nour, and Prat! Huge thanks to all participants, assistants, volunteers and supporters; full project credits appear beneath the video. 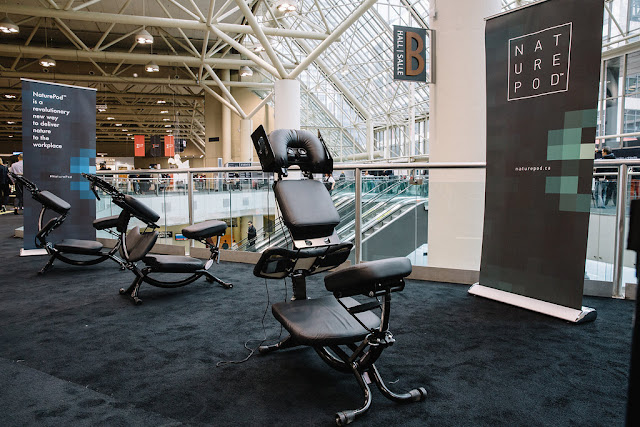 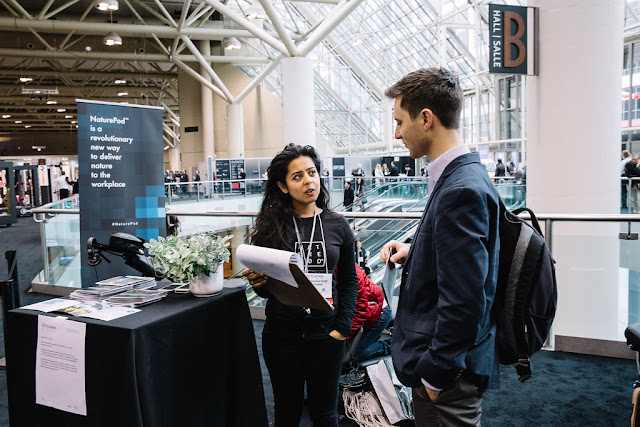 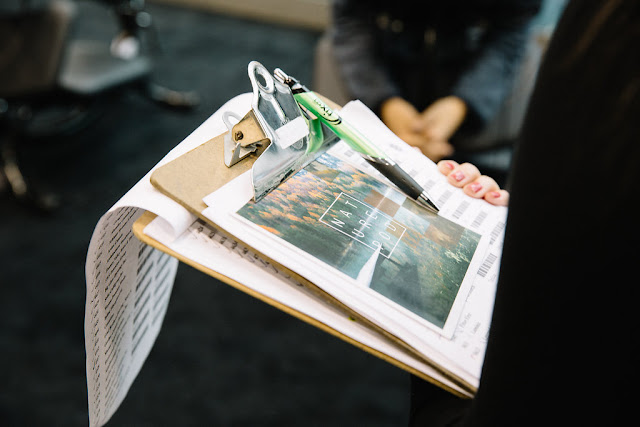 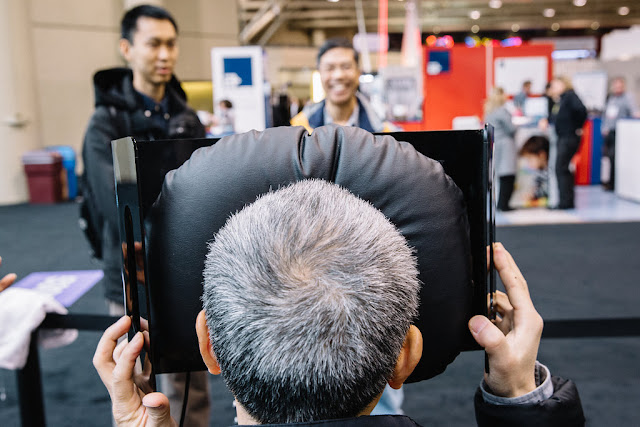 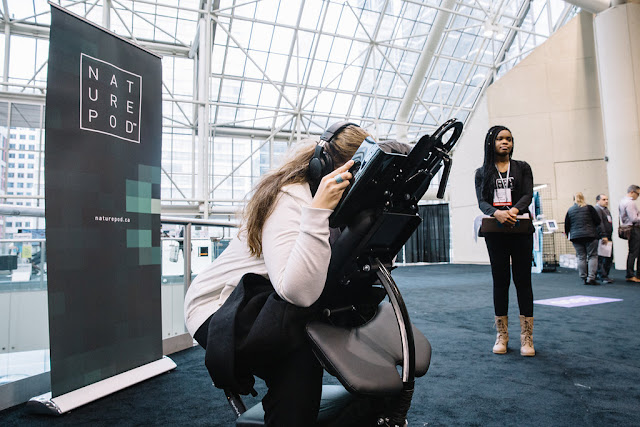 > Build Your Own Time Machine

> The Futures of Everyday Life
> Guerrilla futures performance at South by Southwest
> FoundFutures: Chinatown
Posted by Stuart Candy at 9:30 am No comments: