"Possibilities are a whole area of mental activity which lies between truth and total fantasy. It is a very rich area because for any one truth there are many possibilities." 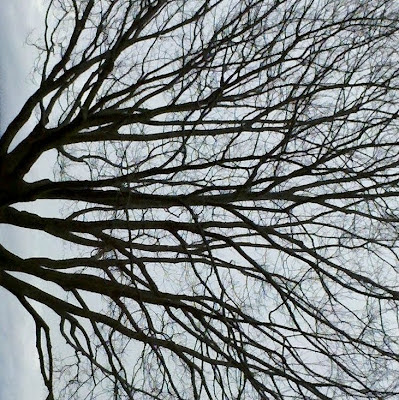 TEDxFutures is an independently-organised event that takes place entirely in various alternative futures.

One talk could be about the geoengineering consortium that succeeded in turning the tide on climate change.

Another could be by the woman who won the landmark courtroom battle to have her artilect-human marriage legally recognised.

There might be a demo of the pioneering "full-body broadcast" from Australian Olympic swimmers via neural interface.

Or we could hear from the Chinese-African co-op that crowdfunded an independent settlement on the moon.

These are examples I've just made up. Whether or not these specific ideas resonate, plenty of other futures are possible; that's really the point.

There are at least three reasons to explore this approach to a live event.

First, it's wide open. Any presenter could play out their greatest concern or fondest dream with compelling immediacy. Unlike a talk about the future, of which there are a great many already, these would speak from, and recruit the audience into a particular future. It would be framed and offered as reality, just like today -- good, bad, or outlandish -- and richly illustrated with whatever collateral, such as video or photographs, may be required to corroborate that world. Regular readers will recognise this as an extension of themes covered at this blog for years (see Related Posts below), but as far as I know, nothing quite like this has been attempted before. (Feedback about relevant precedents would be most welcome.)

Second, it'd be incredibly fun and exciting. The presentations wouldn't tell us what we may want people to accomplish, but show us how we did it, and help us understand how it felt. They'd manifest a possible future and take us there. Bringing these ideas to life would be a worthy challenge for speakers both established and new, and plausibly doing so would actually require a synthesis of best practice from across all the elements (t, e & d) that the event is intended to showcase; tied together, as always, by the timeless art of spinning a damn good story.

Third, it'd be useful. We're not talking about the follies of prediction here. We're talking about concrete narratives with which people can think and feel future pathways. This is in fact the implicit intention of every scenario ever produced. But scenario documents rarely work really to engage people, while well-told stories rarely fail to do so. In our culture, medium to long term futures, decades or more away, are still largely unimaginable to most people. An event like this could make them feel real.

A variant of TEDxFutures could be TEDxTimeMachine (or TEDxAtemporality, if you prefer). Here's a talk about the Second World War by Churchill. Da Vinci on the Renaissance. Darwin on the research that led him to the theory of evolution by natural selection. Forays into dissident, counterfactual and parodic histories and futures could be fair game, too. Reflections on low-tech innovation from the prehistoric R&D team that discovered fire? Or more seriously, a first-hand view of President Jefferson's household at Monticello from Sally Hemings.

Again, these are just illustrations of a generative conceptual platform with ample scope for invention, as intellectually stimulating as it would be theatrically curious.

Why do I blog this now? Two reasons.

I've just returned to Australia from Phoenix, where last weekend a wonderful, landmark event took place: Emerge, at Arizona State University. (Here's the post I wrote on the night before Emerge began; watch this space for more.) It was, more or less, the world's first festival of design fiction.* Works of design fiction are similar to experiential scenarios, but the latter are about evoking possible worlds through experience in any form, rather than focusing primarily on technological artifacts. What unites them is that both are a step or two along the spectrum of immersion from traditional storytelling. We could call them storyshowing. And in the wake of Emerge, the enormous potential of this form of exploration is fresh in my mind.

The other reason is that a short video was released the other day, "from" TED2023; a viral promo for director Ridley Scott's (Alien; Blade Runner) upcoming movie Prometheus. It is super cool: if you haven't already, watch and enjoy. I was delighted to note everywhere in it the clever little fingerprints of LOST's Damon Lindelof, a man who appears to understand as well as anyone alive the value of diegetic -- in-world -- narrative.

The idea for TEDxFutures came to me a year ago during a lunchtime conversation in San Francisco with Danica Remy (a longtime TEDster who, among other notable achievements, used to direct the Worldview program for scenario planning pioneers GBN). The month previous, through my work with Arup I'd helped design and run a workshop at TED2011, together with folks from Autodesk and Singularity University. No doubt this laid some groundwork for the notion of TEDxFutures, which surprised me as much as it did Danica when I suddenly found myself describing it. I didn't pursue it at the time, because discussions had already begun about moving back to Australia with my company. But the concept kept returning to mind, and after noodling on it here and there over the last year, I clearly see how it could work.

By now the TED Talk as a genre has a well established structure and conventions (including lessons as to what makes a good one). These would serve as a basis for venturing into uncharted territory around content -- viz. the rest of spacetime. How so? Over years of developing and staging experiential scenarios, we've learned  that strong conventions of genre and medium provide a marvellous backbone for crafting experiences of other worlds. Whether the real-life reference point is a ritual, such as a eulogy; a media object, like a video advertisement; or a physical artifact like a bronze plaque; a familiar format provides indispensable scaffolding. On both the production side (as a model to work with) and the reception side (as a basis for audiences to comprehend what's going on) these reference points enable productive encounters with some pretty wild ideas.

The TED talk format would provide just such an anchor -- and there's plenty more potential for embodying futurity in other elements alongside the talks themselves. The mammoth variety of available worlds-to-be would, I think, militate against trying to make the whole event speak from a single, canonical future. Rather, the curation process would be about bringing to life a thrilling cross-section of human possibilities.

So TEDxFutures, and even TED itself as a platform for experiential futures and design fiction -- practices on the frontier of speculative culture today -- seems to me a meta-idea worth spreading. In the same way that the more than one thousand talks recorded and shared online to date have come to serve as conversation fodder for millions of viewers, ultimately our collective vocabulary of possibility could be enriched in the same way.

I'm happy to speak with anyone who wants to talk about making something like this happen. As I argued in The Futures of Everyday Life, this is where forward-looking public discourse needs to go (and is going, just not fast enough). It also ties directly to the urgent practical and ethical imperative of learning how to dream new worlds aloud, together. Hence the one-line manifesto of experiential futures:

Be the change you can, and simulate the rest.

* In case you haven't previously met design fiction, here's some introductory reading: 1, 2, 3 [pdf].
Posted by Stuart Candy at 4:44 am 8 comments: