The second phase of FoundFutures : Chinatown imagines an Earth-friendly China, two decades hence. Those campaigning Hawai'i to become independent of the U.S. look to the other side of the Pacific for support, and evidence of their new allegiance begins to appear in the streets... 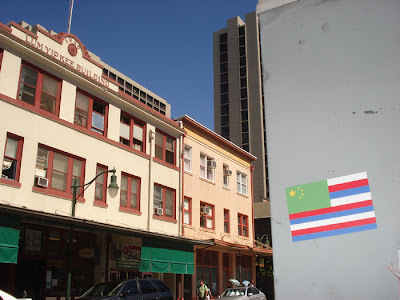 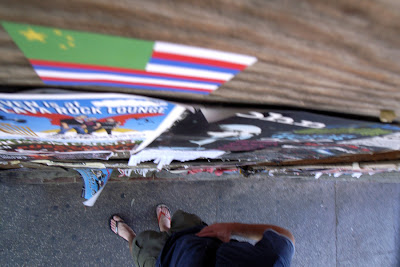 
A powerful citizens' coalition behind the renewed Hawaiian sovereignty movement rallies its supporters around ecological commitments...

Sovereign Green fights against the corrupt and
irresponsible governance of the islands and all its peoples.

The United States' illegal occupation, and destructive
military and environmental policies must be stopped.

Sovereign Green advocates independence for Hawai'i
so that current and future generations may live peacefully and happily.

Only with the ability to craft laws and policies
in accordance with the values and conditions of these islands
can we shape a nation that is righteous and responsible.

In reclaiming our sovereignty, we embrace our role as
caretakers of the land and stewards of our own evolution.

We welcome all races, ethnicities, and beliefs.

In a gesture recalling the French gift in 01886 of the Statue of Liberty to the United States, in 02026 the Chinese donate a giant "Statue of Harmony" to the people of Hawai'i. This monument to international friendship (towering over vessels arriving in Honolulu Harbor, with Chinatown in the background) features Queen Lili'uokalani, the last Hawaiian monarch, holding aloft a torch with Chinese revolutionary Sun Yat-Sen, who attended school in Hawai'i. They stand upon a huge granite platform bearing the word "harmony" in Chinese, Hawaiian, and (on the side hidden from view) English. 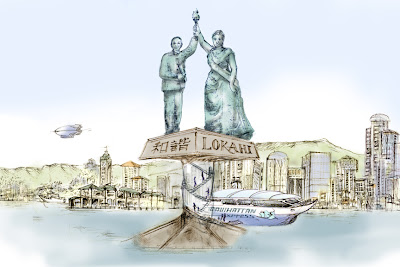 "The Statue of Harmony" by Yumi Vong


From 13-15 October, a large framed drawing of this exciting gift was on display at various locations in and near Chinatown... 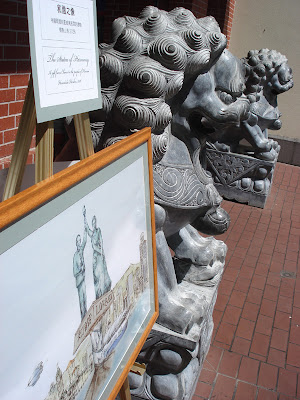 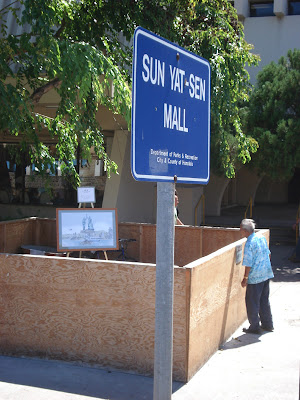 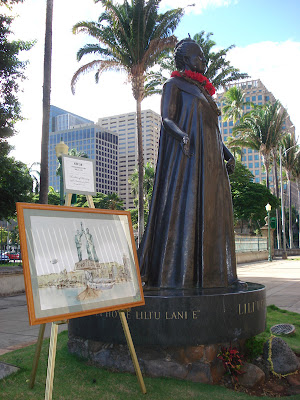 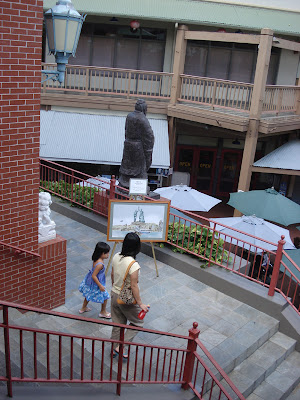 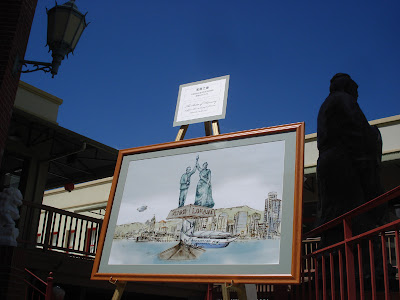 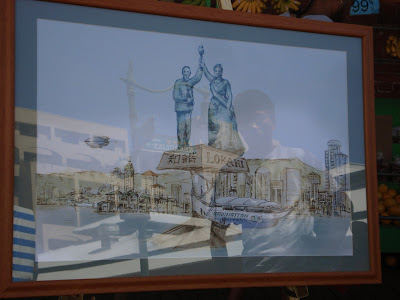 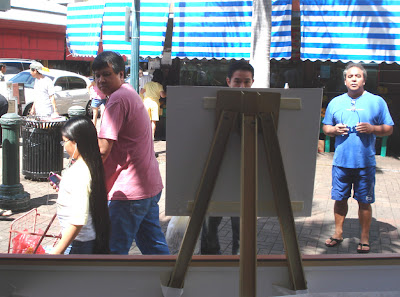 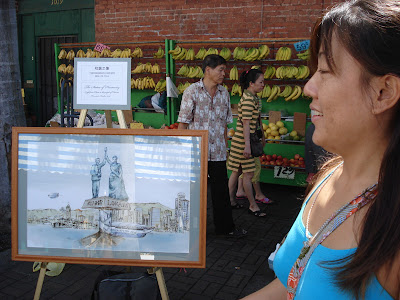 
Already, souvenirs of the Statue of Harmony can be found in tourist shops... 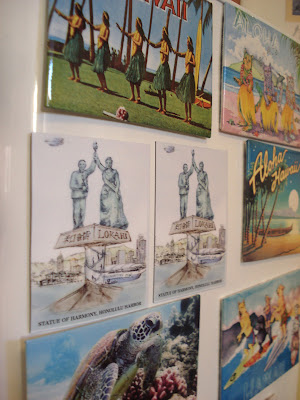 
Here's the scenario (co-written by Jake Dunagan) which inspired this part of the FoundFutures installation:

GREEN DRAGON ~02026
What might become of Chinatown in a world where China is the predominant superpower?

The strange dance of U.S-China relations has taken many turns in recent years. Seeking strategic advantage in renewable energy, for more than a decade the People's Republic of China has lent its prodigious industrial and diplomatic weight to the international movement to control carbon emissions and mitigate climate change. This has brought it increasing into conflict with the U.S, which, leveraging military power to protect its economic interests, has also become more vocal in supporting independence for Taiwan and Tibet.

But a whole new level of tension between the U.S. and China is rising over the leak of a top-secret memo from the office of the Chinese Vice Premier. The memo outlines negotiations between China and several Hawaiian agitators, notably the radical "Sovereign Green" coalition -- a rising independence movement which rests its support base on ecological rather than ethnic affiliation. It also refers to a long-term strategy for China's role in Hawaiian affairs, including a potentially explosive proposal to back Hawaiian independence from the U.S. Essentially, according to unnamed sources, the sovereignty of the Hawaiian islands could be recognized internationally by China and its allies, in exchange for their becoming a temporary protectorate of the PRC.

Whether an olive branch or a further provocation, China's proposal for an iconic "Statue of Harmony" in Honolulu Harbor is causing great excitement, especially in Chinatown -- which has for some time been a highly fashionable outpost for Chinese cultural products (from cooking competitions to immersive games). Chinatown has not only retained its status as a perennially interesting, changing neighbourhood, but it is also an important local node of global power in a geopolitical climate tilted decisively in favor of the so-called "Green Dragon".
[Update 30 October 02007: Next scenario... The Bird Cage / Previous... McChinatown]
Posted by Stuart Candy at 12:26 am

Youth is warcraft leveling not a time of life;warcraft leveling it is a wow lvl state of mind; wow power level it is not power leveling amatter of World of warcraft Power Leveling rosy cheeks, red wrath of the lich king power leveling lips and supple knees;WOTLK Power Leveling it is a matter of thewill,wlk Power Leveling a quality of buy aoc gold the imagination,aoc gold a vigor of the emotions; it is thefreshness of the deep springs of life. Youth means a tempera-mental maplestory mesos predominance of courage over timidity, of the appetite formaple story mesos adventure over the love of ease. wow gold This often existsin a man of 60 more than a boy of 20. Nobody grows old merely by anumber of years.