Arrested Development is one of the great, and way underrated, television comedies. Written, acted and edited to whip-smart perfection; if you like dark, surreal humour about family dysfunction you owe it to yourself to get familiar. I've just finished watching the first season again, which includes a typically bizarre exchange between Michael (Jason Bateman) and his twin sister Lindsay (Portia de Rossi) about one of Lindsay's doomed business ventures, "Mommy, What Will I Look Like?" (Bluthcyclopedia link).

Michael: Lindsay, I'm not just going to cut you a check so you can throw it away on another failed business, okay?

Lindsay: Hey! "Mommy, What Will I Look Like?" should have worked.

Narrator: Lindsay had once started a photo enhancing service, which gave new parents a glimpse at what their infants would look like in half a century.

Lindsay: You put an ugly kid in, you can't be surprised when an ugly adult comes out. 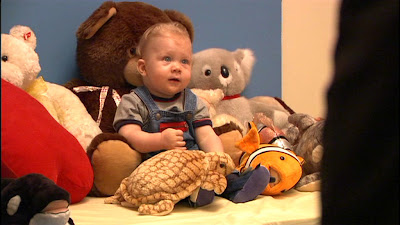 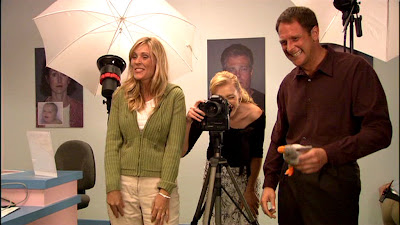 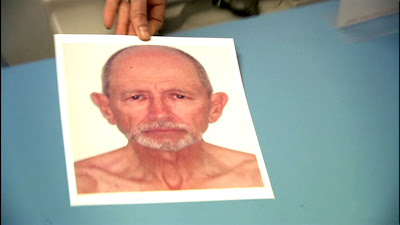 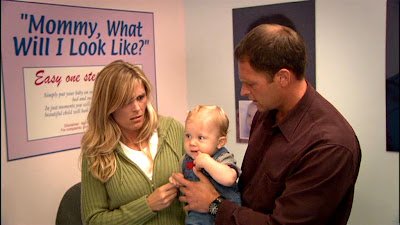 
In the same vein, and also scary as hell, I found a project called "Face of the Future" run by the School of Computer Science at the University of St Andrews, Scotland. You can upload photos and use the "Face Transformer", "Face Averager", or "Face Morpher" to manipulate them. 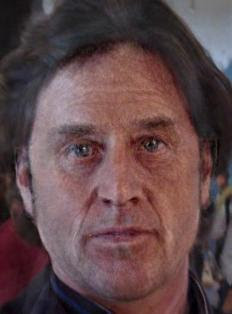 I'm not so sure about the full head of hair, but whatever shortcomings this has in terms of realism, it's still a bit unnerving to recognise the likeness in an image thus transformed.

No wonder "Mommy, What Will I look Like?" tanked.
Posted by Stuart Candy at 1:27 pm 4 comments:

Another World Without Oil photo essay (sort of)

As prices at the petrol pumps climb to record highs in Hawaii, and elsewhere, tongue-in-cheek images from a future "If gas prices continue to rise" are making the rounds... 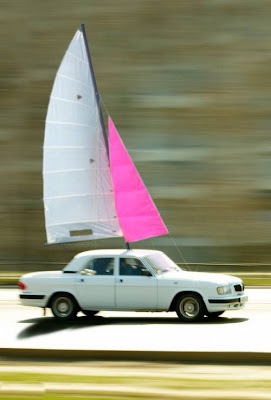 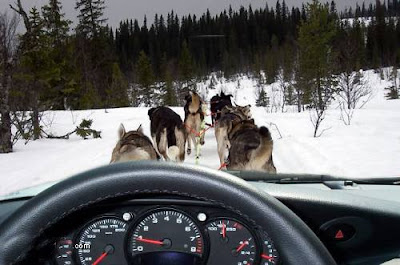 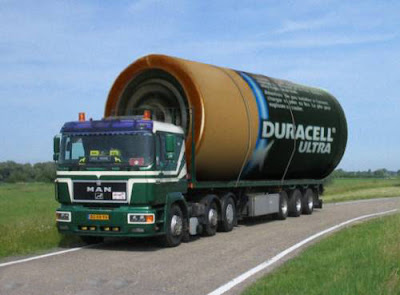 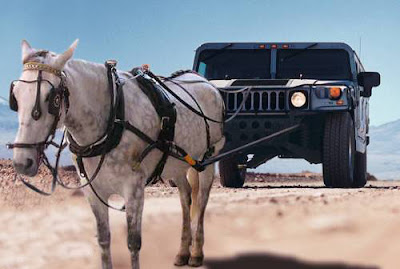 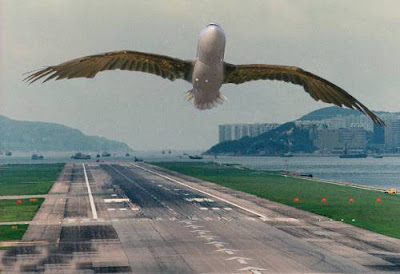 It's interesting to see this issue handled humorously. Not that these are uproariously funny, but they certainly contrast in tone with the sombre harbingers of post-gas culture seen in the (unphotoshopped) series of images posted here a few months ago. I'm also reminded of World Without Oil writer Ken Eklund's comment to that photo essay: "the future objects that hit me in the gut are the repurposed ones: The Hummer car dealership that's now a refugee camp, the gutted Honda that now uses its alternator as a windmill..." Here, the improvised product life-extensions represented by the sail-car, and the vehicles pulled by horses and dogs, come across as a sort of satirical variation on that repurposing strategy.

(Christine Hansen sent these to the HRCFS listserv two days ago, and although plenty of blogs featured these in April and May [example], I haven't found an original source.)
Posted by Stuart Candy at 3:31 pm No comments: 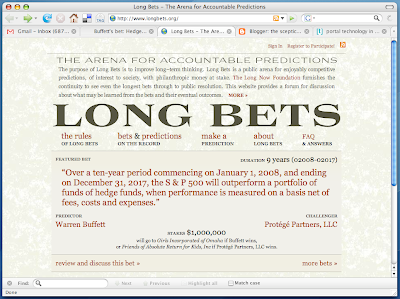 Big news today at The Long Now Foundation as we join Fortune magazine in announcing the largest "long bet" yet: a million-dollar wager between investment guru Warren Buffett and New York money management firm Protégé Partners LLC. Buffett, a critic of expensive financial services, is betting that the returns of the market over the ten years from 02008 through 02017 (as reflected by the S&P 500, a widely used stock market index containing the stocks of 500 large, publicly held companies) will exceed the payout of the expert hedge fund investors after their fees, costs and expenses are subtracted.

Buffett's million dollar bet was made on Long Bets, the accountability mechanism founded in 2002 by Stewart Brand and myself, and operated by Long Now Foundation. The intention of Long Bets is to encourage responsibility in prediction-making (by keeping a public roster of predictions), to encourage long-term thinking (by offering a opportunity to shape a long-term bet), and to sharpen the logic of forecasting (by recording the logic of predictions and bets.)
[...]
The hope of Long Bets is that these public wagers will prompt people to consider the implications of current developments in the near-distant future -- and then to keep their attention on what happens.

Buffett's bet is an ideal Long Bet. It makes a huge difference to anyone who invests in stocks (as do a large percentage of the US, either directly or indirectly) whether a boring index fund yields as much as fancy private hedge funds. The answer either way would be a huge influential signal. When economist Julian Simon won the famous bet against biologist Paul Ehrlich (Simon betting that the long-term prices of commodity minerals would decrease over ten years; Ehrlich betting they would increase), his win essentially eradicated the argument of resource scarcity from the environmental debate. Environmentalists then shifted their concern to the many other issues needed to foster a healthy environment.

This bet has a similar potential. But as in all great bets, its outcome is uncertain.

At stake is not just the money -- all of which goes to charity regardless of who wins. The true currency of Long Bets is reputation, and real-name accountability has been a core principle from day one. As Kelly suggests via the Simon-Ehrlich comparison, if Buffett were to win, not only would the opinions of the folks at Protégé be called into question, but so too would their business model.

Which would, of course, be equally true even if the bet didn't exist: the performance claims of hedge fund managers can, in principle, be tracked and evaluated on whatever timeframe and against whatever criteria one likes, big bet or not. What this bet does is the same thing they all do: it puts a symbolic frame, and specific, tangible stakes, around an existing (or potential) debate, with the specific intention to put it to the test, and to learn from that process in a public way. This fact highlights what Long Bets is really all about. In a sense, everyone makes hundreds of bets per day: in an uncertain world, everything we do, or don't do, is loaded with some degree of risk. These bettors, along with many investors like them (and by extension, millions of others on whose behalf they act) have billions of dollars riding on their decisions already. However, putting a frame around this aspect of their effort creates a focus for discussion. It's a tool for directing attention in a particular way, and fuel for the type of conversation that we ought to be having more often.

What else is long-term thinking but the cultivation of an underdeveloped mode of attention?

I've been working with Long Now, and especially Long Bets, since 02006, and am delighted to see an unprecedented big bet draw attention to a worthy forum. Also, as concerned as I may be about the long-term fate of the hedge fund manager, I'm particularly looking forward to seeing what other -- perhaps even more momentous -- issues may follow this into the limelight.

(Here's the Fortune article, and the bet.)
Posted by Stuart Candy at 1:23 pm No comments: