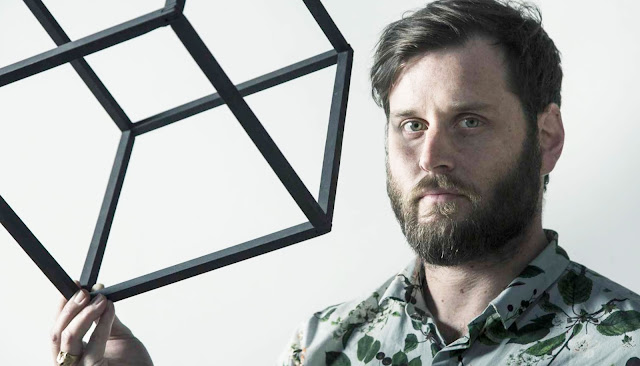 Stuart Candy (@futuryst) is an award-winning foresight practitioner, designer, artist and educator who aims to amplify humanity’s capacity for navigating alternative futures by any means necessary. Involved in the futures field since the 01990s, he is recognised as a pioneer of practices where design and foresight meet (experiential futures, design fiction, speculative design, etc), helped lay a foundation for these idioms, brought them to wider attention and use, and expanded their boundaries by directing, collaborating and advising on numerous transmedia storytelling projects, participatory design events, installations, and guerrilla interventions.

Currently an Associate Professor at Carnegie Mellon University in Pittsburgh, Pennsylvania, Stuart is responsible for integrating foresight / futures throughout the School of Design's undergraduate, graduate and PhD programs. He has introduced hybrid design-futures approaches through appointments and visiting engagements at institutions around the world including the Royal College of Art, Stanford d.School, Duke University, California College of the Arts, ArtCenter College of Design, National University of Singapore, CEDIM (Mexico) and OCAD University. He is director of CMU Situation Lab, and Affiliated Faculty in the CMU School of Architecture and the Entertainment Technology Center. He was previously William Bronson and Grayce Slovet Mitchell Visiting Professor at the School of the Art Institute of Chicago.

Stuart’s work has appeared in city streets, in festivals like South by Southwest and Emerge, at museums like MOD. (Adelaide), M HKA (Antwerp) and California Academy of Sciences (San Francisco), conferences like Skoll World Forum and the Singularity Summit, books like Speculative Everything and Discursive Design, magazines like Wired and The Economist, and on the Discovery Channel. He is co-editor with Cher Potter (V&A Museum) of the Journal of Futures Studies landmark double issue Design and Futures (02019), and the co-creator with Jeff Watson of acclaimed imagination game The Thing From The Future (2nd ed., 02018) used by leaders and learners all over the world to scaffold creativity and strategic conversation.

As an experiential futurist, strategic facilitator and advisor he has worked with governments at all levels, and organisations including the BBC, NASA Jet Propulsion Laboratory, UNESCO, IDEO, Dropbox, Autodesk, Sydney Opera House, Burning Man, Obama Foundation, The Omidyar Group, United Nations Development Programme, and the National Film Board of Canada. Prior to entering academia full time he was an in-house futurist at the employee-owned global engineering firm Arup, and a researcher under Professor Jim Dator, one of the founders of the field, at the Hawaii Research Center for Futures Studies. Stuart is especially interested in amplifying the future-shaping capabilities of under-served communities and organisations with an ethics-driven mission, as in recent engagements with Interface Inc, the United States Conference of Mayors, and Alaska’s Cook Inlet Tribal Council.


His involvement is regularly sought in unusual projects intersecting strategy and cultural change. He served as Game Master on "the world's first massively multiplayer forecasting game", staged by Institute for the Future, and facilitated the co-design of exhibition concepts for the Museum of the Future at the World Government Summit in Dubai, which project went on to win recognition in the Core77 Design Awards. He helped to found the Festival of Transitional Architecture (FESTA) in post-earthquake Christchurch; contributed to the Future We Want project for the United Nations Rio+20 Summit; advised the Australian Academy of Science on national scenarios looking out to 02050; and led a multidisciplinary renovation of the Government of Singapore's sustainability and liveability blueprint for 02030. He launched an initiative for public co-creation of a digital strategy for the City of Melbourne, and the leadership of Oxford University subsequently engaged him to run a similar process there.

Originally from Australia, Stuart holds degrees in Arts and Law from the University of Melbourne, and an MA and PhD from the University of Hawaii at Manoa futures program, where he was twice awarded the East-West Center Graduate Degree Fellowship. He is Chair of the Academic Task Force of the Association of Professional Futurists, a founding member of the Foresight Advisory Board for the International Federation of Red Cross and Red Crescent Societies (Switzerland), and a Fellow of INK (India), the World Futures Studies Federation (France), the Museum of Tomorrow (Brazil), and The Long Now Foundation (USA).

Go to /now.
Go to portfolio.