Colonising the future... on film 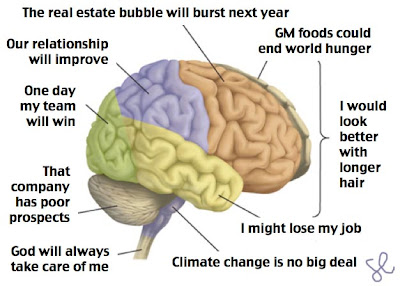 "The human condition can almost be summed up in the observation that, whereas all experiences are of the past, all decisions are about the future. It is the great task of human knowledge to bridge this gap and to find those patterns in the past which can be projected into the future as realistic images. The image of the future, therefore, is the key to all choice-oriented behavior. The general character and quality of the images of the future which prevail in a society is therefore the most important due to its overall dynamics. The individual's image of the future is likewise the most significant determinant of his personal behavior."
~Kenneth Boulding, Foreword to The Image of the Future, by Fred Polak, translated and abridged by Elise Boulding, Elsevier, 01973, p. v (available here as a pdf, with frequent minor misspellings due to the OCR process).


The "images of the future" described above range beyond the reservoir of visual representations of possible futures. Yet such visuals do indeed comprise an important element of how and what how our culture thinks about the future. In the last post here we saw that, in films set in the future, product placement can be viewed as a "smuggling more deeply into our culture, at the behest of a rather narrow but (of necessity) financially powerful interest group, certain beliefs and expectations about the future".

Here's the idea: I name something, and you either recognize it, or you don't. Could be a person, place, or thing, like the classic twenty questions game. If you recognize the thing I tell you, that means it's taking up space in your head -- tangling up a few billion neurons -- residing on a chunk of mental real estate.

If the "mental real estate" trade concerns competing for brand awareness to position a commercial enterprise for doing bigger business in the future -- and we've seen how it does, in the example of product placement -- then we can contemplate an interesting elaboration of the territorial metaphor. What might we call the occupation and exploitation of valuable mental space when it comes to images of the future?

Political scientist and academic futurist Jim Dator appears to have been the first to describe the role of futures inquiry this way, paving the way for dissenting alternatives to dominant images: "We discover that we are being colonized in what truly seemed to be 'the last frontier: the future'. That belief motivated me to offer this call for de-colonizing activities." ("De-Colonizing the Future", Journal of Futures Studies, 9(3), 93-104, February 02005, p. 102; republished from Andrew Spekke, ed., The Next 25 Years, Washington: World Future Society, 01975.)

Others, speaking from a more explicit postcolonial theoretical standpoint, have since used this same language to frame the problem. For example, in the eyes of Sohail Inayatullah, "decolonizing the future" entails "examining how we buy other's used futures; how we disempower ourselves by accepting the futures of others as ours". Elsewhere he writes: "Unfortunately, our futures are often colonized – they are filled with the thoughts of others, the dogmas of history. [...] But the problem is not just out there. The future is colonized as well by our own internal images – these are often unconscious - ensuring that the futures we create are not ours." Another postcolonial scholar from the subcontinent, Ashis Nandy, refers to "the theft of distinctive futures". And Futures journal editor Zia Sardar has warned of certain colonial tendencies in futures studies itself, in his 01993 article "Colonizing the Future" (see the responses to that piece in the same issue, as well as Sardar's 01999 book Rescuing All Our Futures).

Although others can surely articulate better than I how the (de)colonial metaphor may be used as part of a program of political and intellectual emancipation, the point I wish to make here is simply that it is available to us, in thinking about the way the economy of images of the future strategically favours some interests, while marginalising others -- not unlike the way that ownership and control of real property does. It is also worth noting that, although not every futures scholar uses the term, "decolonising the future" is not necessarily a specialist activity within that domain; instead it may be better thought of a general description for the first half of what the study of futureS is all about. The thinkers mentioned above might agree that the work carried on by many of the best futurists is quintessentially about "decolonising the future", by questioning, disrupting and displacing the assumed and ostensibly "necessary", "natural", or "inevitable" images of the future we might otherwise take for granted. The other "half" of the work concerns envisioning, inventing and pursuing preferred alternatives.

So where does this leave us?

The argument I've made here so far suggests that advertisers seek to colonise the future by buying up our mental real estate via product placement in stories with a future setting. However, this rather banal observation won't be news to many of us. What else, then, does this postcolonial approach to futures offer? The paradox is that, although these "images of the future" on film are readily seen, their political effects are not. So are there perhaps other, less obvious ways in which our futures have been or are being colonised, right under our noses? Let's go back to Blade Runner for a moment -- focusing this time not upon the film per se, or the particular images in it... what else could we be missing? Could it be, as it were, the thing we always fail to see when we look at a movie; the frame itself? I'm wondering if the language and packaging around this movie, and others like it -- the genre of science fiction -- isn't an example of colonisation of the future.

All too often, people assume that because I study "the future" I must have some infantile obsession with flying cars, or underwater houses... or at least the contents of Wired. This assumption (that specialising in thinking about the future connotes a fascination with high technology) is the very trap that we advocates of plural futureS are attempting to undermine and escape. But this miscommunication is actually embedded in the limited comprehension of the word "future". (If you want to understand who you're dealing with, pay attention to how they misunderstand you...) Sometimes I think pluralising futureS may be too subtle an exercise in culture-jamming or meme-repair, because the people who seem to "get it" right away tend already to share the intuition that a singular conception of the future (I call it "monofuturism") is both inadequate and misleading. Those who don't get it seem too blinkered by the straight lines of monofuturism for the humble "s" to affect their epistemological plumbing.

In any case, there may be a parallel between my encounters with high-tech monofuturism, and the fact that apparently every cinematic narrative depiction of a future seems fated to be classified as science-fiction (Or fantasy, if it's set far enough into the past or future, or in a parallel universe... movies set on other planets could go either way.) If virtually all future stories, by default, are science-fiction, and popular discourse around future scenarios winds up being coterminous with that designation, then in effect the future has been colonised -- by an instrumentalist, technology-heavy "science" fiction. To put it another way, the narrowness of our culture's thinking about futures is reflected in the paucity of our vocabulary for stories that happen there. It looks like we have science fiction on the one hand, and the venerable literary tradition of utopias (etymologically: "no place") on the other. Which, analytically and practically, pretty much boils down to a choice between technologised nightmare, or nothing at all.

In 02002 Jaron Lanier wrote a great article in 21C about being part of director Steven Spielberg's futurist brains trust, offering creative advice during the development of Minority Report:

A more important disappointment for me was that I think there's an essential kind of optimism that ought to be portrayed in science fiction, but it seems to be beyond our imagination at present. Instead of making existential points by pitting people against technology, why not portray people using technology beautifully and creatively?

I presented all sorts of ideas for what information technology might look like in fifty years, but the least noble of these were the only ones that stuck.

Of course, the requirements of dramatic tension make some things far more likely than others to survive the arduous journey from concept to screen. I have pointed out in a comment to a previous post that:

...massive asteroids hitting earth, killer-virus pandemics, and mutant science experiments wreaking havoc on shrieking New Yorkers are scenarios more readily imagined for many of us than ending poverty, peacefully dismantling the world's militaries, or holding a corporation-free summer Olympics in West Africa. The former stories have been imagined for us dozens of times; while these other tales don't typically make it to the multiplexes.

But Lanier's experience seems to echo the problem of "science fiction" being the catch-all term for movies about possible futures. There are constraints and tendencies at the next level down, dictating the kinds of images of the future we get within "science fiction" -- the limitations of the sci-fi imaginary -- which we ignore at our peril.

Finally, it behooves me to add that, like all metaphors, "colonisation" (and indeed "images of the future" -- another metaphor) reveals certain things while obscuring others. Unlike physical colonisation, which involves the occupation of actual space and can involve prodigious effort up to and including violence to be overcome, the overturning of virtual occupation of mental real estate can be challenged simply by thinking differently. With the word "simply" I don't intend to downplay the very intense sociopolitical and educational challenge this can entail -- but happily, it remains the case that colonised futures are in principle more readily recovered than colonised lands. The catch is, of course, that such colonisation may be far more difficult to recognise (and to doing so is one of the central implicit aims of postcolonial theory).

With this in mind, we can now go back to the question which concluded the first part of this article: to what extent do these commercial images of the future in film simply project and reinscribe the assumptions of the present, and to what extent do they enable us to scrutinise and critique them? The answer lies entirely in how we respond to those images, and where on the spectrum our response as viewers falls -- whether we regard them unthinkingly, or with our critical faculties fully engaged.
Posted by Stuart Candy at 1:11 am