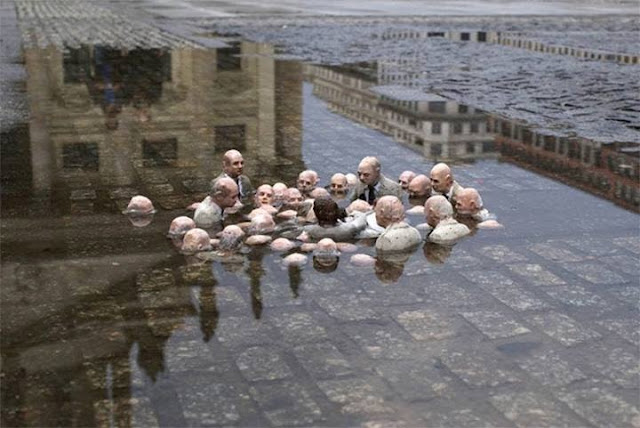 This is a small-scale sculpture in Berlin created by artist Isaac Cordal that has gone viral in the past few days, under the caption 'Politicians discussing global warming'.

A bit of research reveals that this installation actually took place in 02011 and that the work is part of a series called Follow the Leaders, which has been exhibited in various forms and locations including Milan (below), Brussels, and London (below, lower). 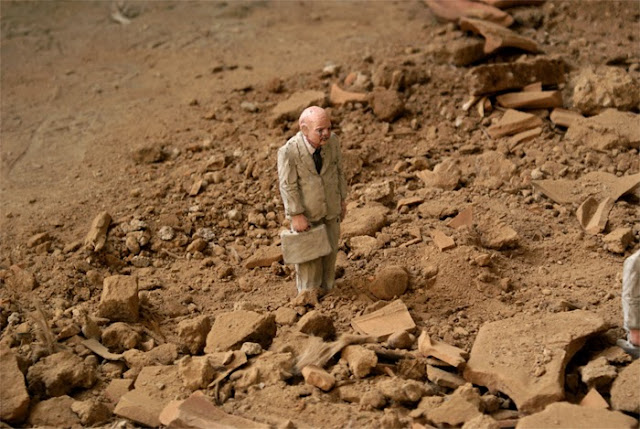 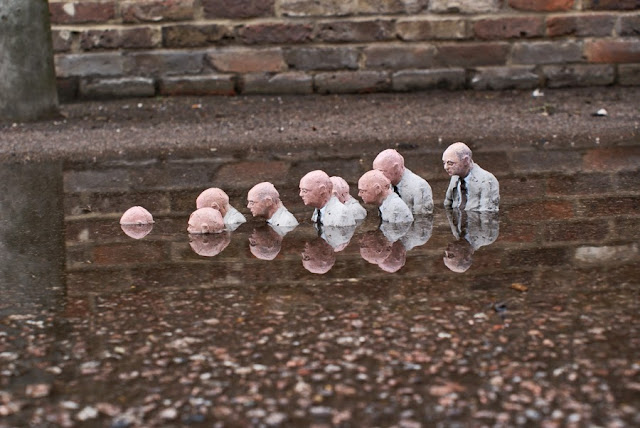 Blogger Jon Worth has commented today on 'the power of a title to make a picture go viral': it seems the original title of the Berlin piece was 'electoral campaign', so there was no apparent intention on Cordal's part to reference climate change or rising seas in particular. Intriguing how one audience member recontextualising the artist's work with an alternative title (whether accidentally or deliberately doesn't really matter) gives that work startling potency and a new lease of life.

Although Cordal seems to have had no part in these developments, they fit neatly with his interests. Looking into his work brought me to a couple of installations themed and framed explicitly along similar lines; Waiting for climate change, from the Triennial of Contemporary Art by the Sea in De Panne, Belgium (02012). 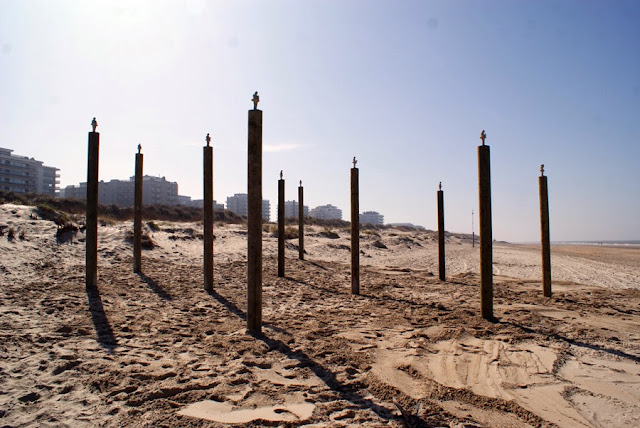 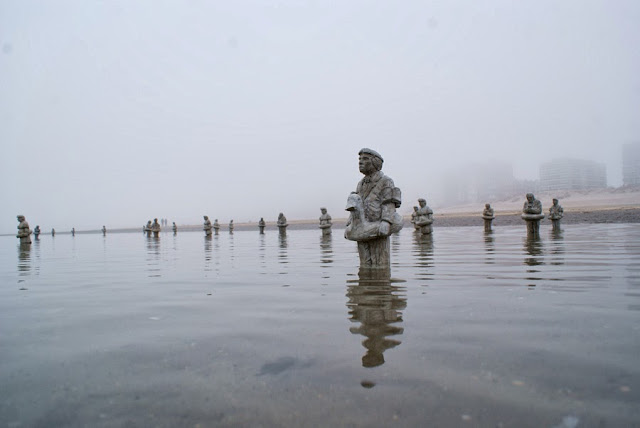 And this more recent piece of the same name at the Château des Ducs de Bretagne in Nantes, France (02013). 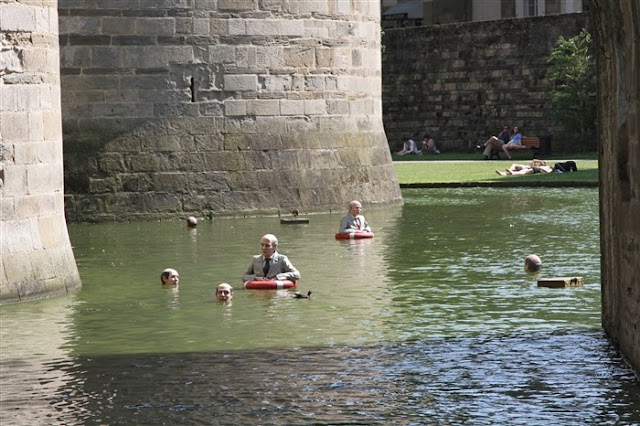 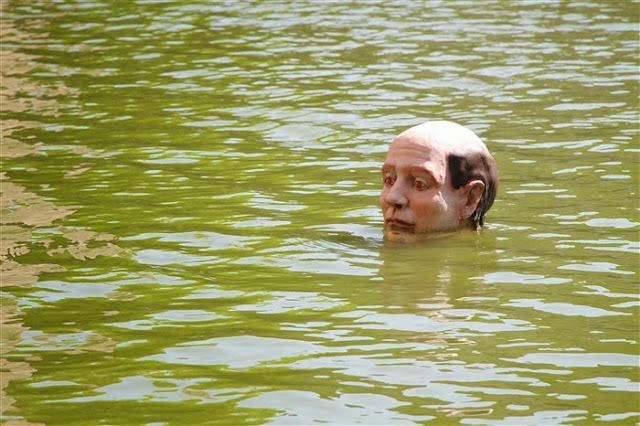 [Top image via Sierra Club and William Kramer, HRCFS; others from the artist's website.]

Related:
> Participatory Cli-Fi
> It's a small world, after all
> Mapping c-change
> Ignore global warming
> Not drowning, thriving
> A climate of regret
> Footwear for a warmer world
> Climate change for fun and profit
Posted by Stuart Candy at 1:17 pm

I am visiting Berlin in September and wanted to go see Isaac Cordal's "politicians discussing global warmin". Do you know where in Berlin it is?

Good question! I don't know. Bearing in mind that it may not still be in place three years later, I'd suggest asking Cordal directly via his website .