Found: The Future of Church 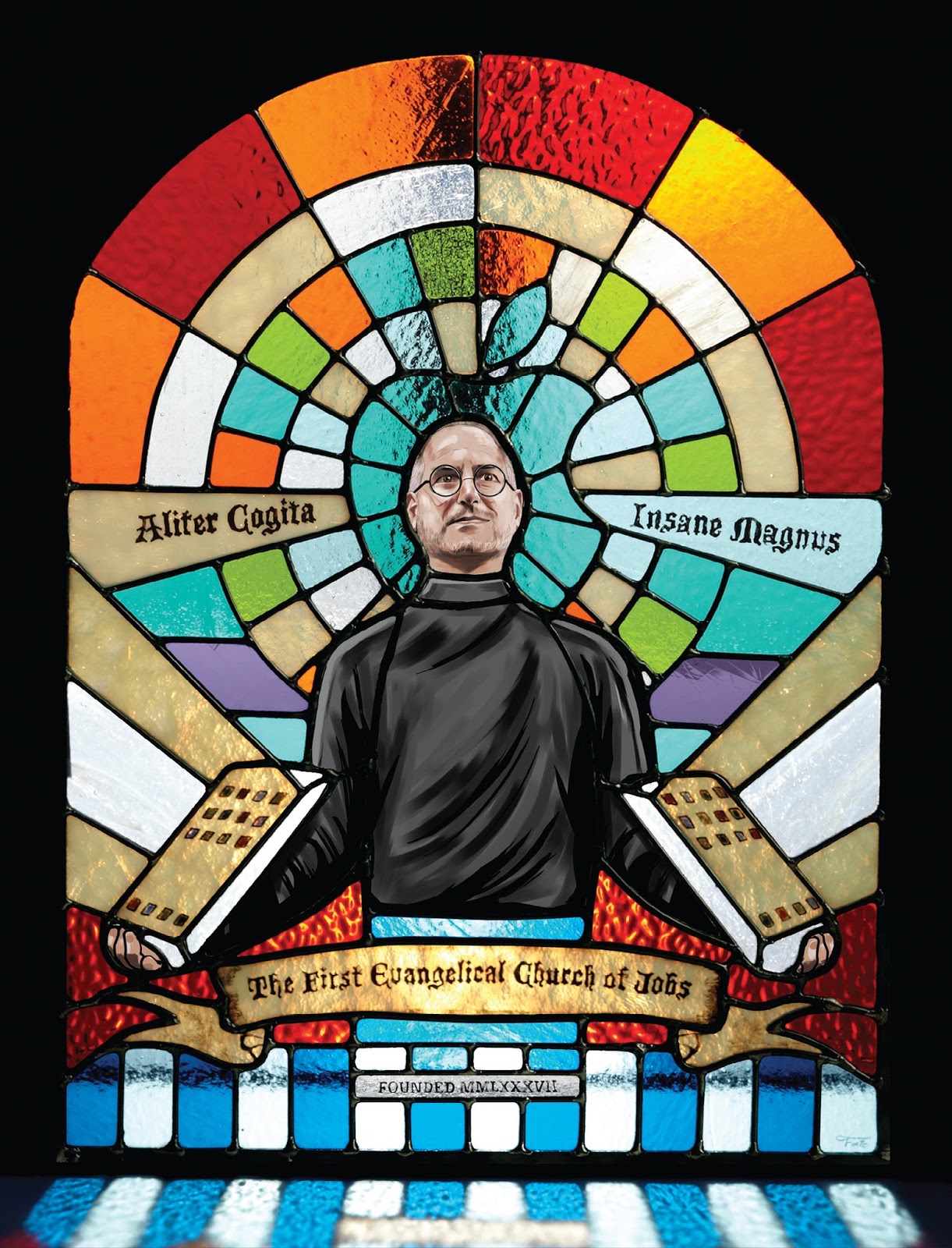 An unearthed future artifact, and the story behind it.

A few years back I worked with Wired magazine on their wonderful monthly feature "Found". I had been inspired by this series during our early work developing experiential futures practice, about a decade ago now, and by 02011 had done a fair amount of "artifact from the future" creation (especially with Jake Dunagan via our jointly-run public art outfit, FoundFutures, staging live encounters with future artifacts and scenes in everyday life).

It was an honour to be involved as a freelance contributor to the magazine, helping to flesh out these playful snapshots of possible futures, and seeing where we might push the envelope a bit.

Each month editor Chris Baker and I would hop on a phone call and iterate on possible concepts to inform image production. One time he brought the idea of the "Health Spa of the Future", and I excitedly proposed making a future spa brochure to tuck inside the magazine; a sort of diegetic insert, and a twist on the SOP of using the back page. Unfortunately, the cost of a separate print run was prohibitive. (The Future Health Spa still ended up being a pretty neat image.)


The concepts Chris brought to the table were usually part-developed already, but one I eagerly initiated for us to explore together came from a news item I'd seen in May 02011:

[N]euroscientists ran a magnetic resonance imaging (MRI) test on an Apple fanatic and discovered that images of the technology company's gadgets lit up the same parts of the brain as images of a deity do for religious people. (CNN)

According to this research, "Apple was actually stimulating the same parts of the brain as religious imagery does in people of faith." (BBC News)

The Future of Church!

Here was a different cultural register from the Future of Health Spas, Yard Sales, Sporting Events, Doorbells, etc. And this image could come, I suggested, from the mashup of a house of worship and the Apple Store, playfully reworking the architecture and symbology -- altars, icons, stained glass, and so on.

Chris persuaded me that a stained glass window alone could be equally evocative but easier to execute (a better tip of the iceberg). We brainstormed its contents and then in the summer he set to work finalising these and getting the thing physically made to photograph for the feature. The resulting illustration by Sam Gilbey, and glass by David R. Forte, made for one of my favourite future artifacts ever produced for Found. It seemed to dig beneath the usual tech preoccupations and invite some deeper questions.

However, Steve Jobs was unwell at the time. The world famous inventor and CEO had been battling cancer, and a "Found" artifact referencing this notion of Apple fans' religiosity through a beatified Jobs could be poorly timed, and in light of his health situation might be misinterpreted.

So the feature was done, but unpublished. At that time I thought Wired might have been taking an overly cautious view, but the final nail was driven home on October 4th, 02011: that was when Chris told me that, as far as the magazine was concerned, this stained glass window would not see the light of day.

I remember the date because 24 hours later, Steve Jobs died.

Holding off had of course been the right decision. If the piece had run as planned in the October 02011 print issue it may have caused unintended offence, and drawn unwarranted criticism, since the thinking behind the artifact had had nothing to do with Mr Jobs's illness or mortality, and everything to do with the neuroscience research published earlier in the year -- and beyond that, with the far-reaching admiration Jobs inspired, the iconicity of the brand that he had grown, and the enduringly religious character of American society, ever a culture of true believers.

In any case, sure enough, the Future of Church never made an appearance, and "Found" ceased to run in Wired in 02013.

Still, with the back story in view, perhaps this once lost, now found artifact can be seen as food for thought on how the future appropriates the past, as well as fair tribute to an icon of contemporary culture.

Update 6 Nov 02015: Wired's Chris Kohler got in touch to report that the image was later repurposed for another feature comparing the resignations of Jobs and Pope Benedict XVI.

Related:
> The Thing From The Future

> Wired's gallery of Found artifacts
> The Futures of Everyday Life
> FoundFutures postcards
> More found futures
> The Darfur Olympics
> Anachronisms
> Artifacts from the present
Posted by Stuart Candy at 8:43 am

That's awesome. I remember after his passing the Apple stores were flooded with people bearing candles, flowers, etc. Looked just like a church to me!