Below is the text of an article I wrote for Made Up: Design's Fictions, a collection edited by Tim Durfee and Mimi Zeiger at the ArtCenter College of Design. 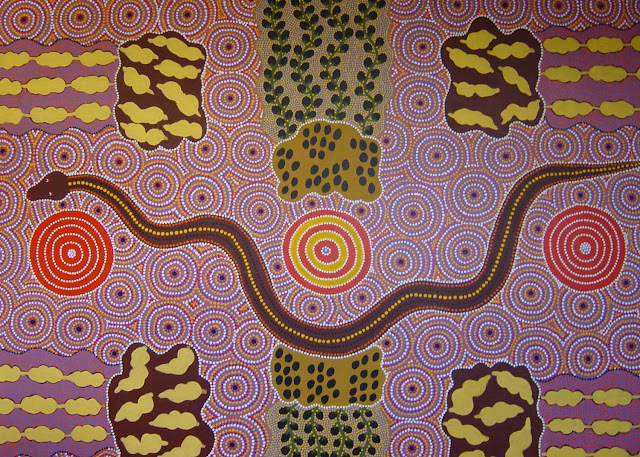 In my first year of university, I remember reading Heart of Darkness by Joseph Conrad. One passage in particular leapt out at me:

It is impossible to convey the life sensation of any given epoch of any one’s existence – that which makes its truth, its meaning, its subtle and penetrating essence. It is impossible. We live, as we dream – alone.


Something in my eighteen year-old mind resonated with this expression of fundamental existential loneliness which I suspect everyone feels to a degree as they come of age. But these words haunted me for years, and I’m not entirely sure why. It may be that I was grappling with this paradox: Are we truly condemned to live and dream alone? All of us?

Much more recently I read a novel by Arthur C. Clarke, Childhood’s End. It’s a terrific story, and has stood up well over something like fifty years; although here, as always, there’s nothing so characteristic of an age’s thinking as its science fiction. Clarke is of course most famous for co-writing with director Stanley Kubrick the epic 01968 film 2001: A Space Odyssey. Of all sci-fi writers, he strikes me as remarkable for the way his imagination burned to achieve escape velocity from the culture of his era – not to mention his species; to dream a way out into truly different times and places, and take us there.

It was reflecting on Clarke’s feats of imagination that got me to wondering about the odd fact that our brains are not temporally bound. There’s no physical limitation preventing us from cognising wildly different and yet fully coherent life-settings in detail. Anatomically, human brains across the planet, and over tens of thousands of years, haven’t really varied much. Yet the variety of worlds – landscapes, cultures, languages, values, technosocial setups – that the human brain has managed to host, to create and navigate, has been enormous. The very fact that each of us today carries in mind a model of our personal context and surroundings at this historical moment, a world in many ways unimaginable to our ancestors, underlines that in principle we’re capable of imagining equally disparate possible worlds of the future – even if we generally don’t. It’s what our minds are surrounded and scaffolded with that makes all the difference.

“Unimaginable” is not absolute, it’s situational. The reason that this matters, I suggest, is that it points to a missing piece in our modern technoculture: I think we have a chronically impoverished practice of public imagination. Yes, there’s Arthur C. Clarke, and Godzilla, and Star Trek, and many other speculative entertainments before and since; but for “serious” purposes – governance, politics, and the “real” worlds we shape using those processes – we simply have not developed a habit of imagining and sharing the long-range scenarios at issue in any concrete way. Meanwhile the massive failure to understand our power as a species and to exercise it with anything approaching strategic foresight, let alone wisdom, is producing epically hairy environmental, economic and other consequences that are increasingly plain to see.

This is not a new line of thought. Noting the curious imbalance that we have countless thousands of history specialists and yet pay scarcely any serious attention to the rest of time, it is now over eighty years since the stupendously influential author H.G. Wells (The War of the Worlds, The Time Machine, The Invisible Man) called for Professors of Foresight. Some inroads have been made on that front since; indeed the entire scholarly field of futures studies, also known as foresight, speaks to the need highlighted by Wells in 01932.

Nigh on half a century has passed since Alvin Toffler observed, in a classic article which led to his 01970 bestseller Future Shock, that we have no “heritage of the future”. This observation goes right to my point about the need for an overall cultural capacity, toward which an academic field has proven to be only a partial solution: our inherent and permanent lack of a future “heritage” means we have to work hard to create one. And although certainly a challenge, the creation of tangible compensations for our lopsided temporal inheritance can certainly be done, as the emerging practitioners of experiential futures and design fiction are now learning.

It seems to me that the stakes and eventual possibilities for these hybrid forms of design are far greater than one might suspect from watching highly produced videos on the thrilling future of glassware, or prototypes of nifty gestural computer interfaces.

For when it comes to the process of public choice – the way humanity supposedly shapes its destiny in our ostensibly most “developed” communities – we congratulate ourselves on the accomplishment of democracy, and fret endlessly over its procedures; the whos and hows of voting; the rituals of deliberation (the weighing of alternatives) and decision (the killing of alternatives when we make a choice). But regardless of who votes, what is the real meaning of any such choices if the alternatives among which we are selecting are underimagined, or clichéd – or simply absent?

Whatever their personal shortcomings, I locate the problem not with political candidates but in the scandalously uninspired fodder used to generate public conversation. So where might we look for a solution?

With foresight and design colleagues I have been doing experiential futures since 02006, and its roots and influences go back much further. Of all interventions that I know of in this vein, the most exciting to date is one I heard about shortly after it occurred during the Arab Spring. It is a significant illustration of the faculty of public imagination.

In January 02011 Tunisia ousted President Zine El Abidine Ben Ali, ending a 23-year dictatorship. Immediately the economy started tanking – the revolutionaries hadn’t known they would succeed, and didn’t have detailed plans for next steps. With a backdrop of economic suspension and a political vacuum, what followed might have been as bad as what had gone before. What did in fact happen next was rather extraordinary.

A month after the revolution, for one day in February 02011, several newspapers, television and radio stations across the country reported as if it were June 16, 02014; three years and four months into the future. They reported stories from within a hypothetical future Tunisia enjoying newfound stability, democracy and prosperity.

Social media activity swarmed around the #16juin2014 hashtag (and for the first time led the national conversation to trend at number one on French Twitter), and critically, the mood and situation began to change as people imagined and debated the destiny of their country. The intervention also helped spread the call for Tunisians to get back to work, a key step towards recovery in the wake of the upheaval.

This remarkable story should prompt many questions, but the one we’re most interested in here is: how might a sustained commitment to structures of participation for public imagination work in other contexts at scale?

For instance, what if standard political brand-oriented advertising expenditure were curbed, and candidates instead had to produce feature documentaries not about, but “from” the future that their policies envision?

Most places have a library or museum dedicated to preserving their past; how about a public building dedicated to immersing visitors in an ever-evolving array of experiences of what the community could become one generation from today?

Or why couldn’t we set aside a public holiday each year, dedicated to staging a Festival of Possible Worlds in the streets, parks and piazzas of great cities around the globe?

Let us return to where we began. It is true that at some level, our personal experience can be only ours. But I no longer fear that we are condemned to dream alone.

I think that humanity is fundamentally psychedelic – quite literally: mind-manifesting – and that the history we collectively choose to live out in years and decades to come will depend on how well we cultivate public imagination, through experiential futures, large-scale participatory simulations, transmedia games, and the like.

I believe we can dream together, now. And I suspect that to the extent we rise to the challenge of good governance for the 21st century, that’s exactly what we will be doing on a regular basis.

Links:
(updated 05feb18)
> Pdf version of the article including references as it appears in the finished book. The full title is "Dreaming Together: Experiential Futures as a Platform for Public Imagination".
> Made Up: Design's Fictions finally published by ArtCenter Graduate Press and Actar in April 02018.
> Video of the short presentation at Institute for the Future's 02013 ReConstitutional Convention, on which this piece was based.

Related:
> The Futures of Everyday Life
> An experiential scenario for post-revolution Tunisia
> A History of Experiential Futures 02006-02031
> Whose future is this?
> The technology of public imagination
> TEDxFutures
Posted by Stuart Candy at 2:13 pm