Morphing art and design into advertising 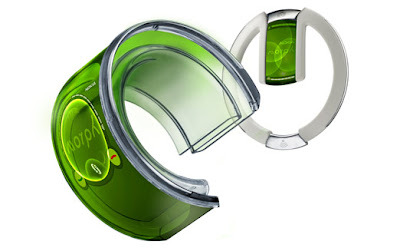 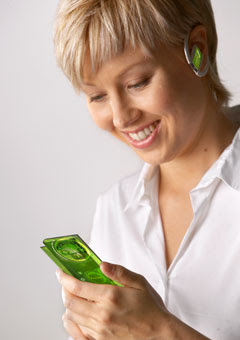 The above six-minute clip (and its abridged 3 1/2-minute counterpart, also posted at YouTube) is a fascinating hybrid of artwork, corporate advertisement, and conversation piece. In some respects, it's very much like the work we at HRCFS have recently been doing, producing scenario images for a client that is developing prototypes of ICT gadgetry. The role that "design concepts", as expressed in visual media, play in the -- inherently iterative -- design process is a topic we'll take up another time. Meanwhile, one notable contrast between this project and ours is that the imagery we've been producing has to remain under wraps, at the client's request, while Nokia has taken the interesting step of making the idea for the "Morph" concept device, along with what appears to be quite a bit of the user interface development, generally available.

Without assuming anything about the payoff from a design perspective of "open sourcing" the Morph idea, to my mind there's a suggestion that from Nokia's point of view, the perceived value in being "generous" with future visions lies in managing and maintaining the association of those visions with the brand. As a commercial strategy, there is probably great value in associating a beyond cutting-edge, over the horizon technology with an existing product. Sort of like product placement and branding directly into the futures imaginary, which might be compared with the more roundabout method of product placement in TV and movies with a future setting.

Morph is a concept that demonstrates how future mobile devices might be stretchable and flexible, allowing the user to transform their mobile device into radically different shapes. It demonstrates the ultimate functionality that nanotechnology might be capable of delivering: flexible materials, transparent electronics and self-cleaning surfaces. Dr. Bob Iannucci, Chief Technology Officer, Nokia, commented: "Nokia Research Center is looking at ways to reinvent the form and function of mobile devices; the Morph concept shows what might be possible".

Dr. Tapani Ryhanen, Head of the NRC Cambridge UK laboratory, Nokia, commented: "We hope that this combination of art and science will showcase the potential of nanoscience to a wider audience. The research we are carrying out is fundamental to this as we seek a safe and controlled way to develop and use new materials."

Professor Mark Welland, Head of the Department of Engineering's Nanoscience Group at the University of Cambridge and University Director of Nokia-Cambridge collaboration added: "Developing the Morph concept with Nokia has provided us with a focus that is both artistically inspirational but, more importantly, sets the technology agenda for our joint nanoscience research that will stimulate our future work together."

The partnership between Nokia and the University of Cambridge was announced in March, 2007 - an agreement to work together on an extensive and long term programme of joint research projects.

This collaboration of research science and commercial enterprise is nothing new, but it's fascinating, I think, that the chosen outlet for bringing their joint effort to the world is the MoMA (Museum of Modern Art) in New York City.

The current exhibition "Design and the Elastic Mind" is attuned to many of the current preoccupations of this blog and its writer:

Over the past twenty-five years, people have weathered dramatic changes in their experience of time, space, matter, and identity. Individuals cope daily with a multitude of changes in scale and pace—working across several time zones, traveling with relative ease between satellite maps and nanoscale images, and being inundated with information. Adaptability is an ancestral distinction of intelligence, but today’s instant variations in rhythm call for something stronger: elasticity, the product of adaptability plus acceleration. Design and the Elastic Mind explores the reciprocal relationship between science and design in the contemporary world by bringing together design objects and concepts that marry the most advanced scientific research with attentive consideration of human limitations, habits, and aspirations. The exhibition highlights designers’ ability to grasp momentous changes in technology, science, and history—changes that demand or reflect major adjustments in human behavior—and translate them into objects that people can actually understand and use.

Of particular interest is a strand called "Design for Debate", described at the MoMA website as follows:

Design for Debate is a new type of practice that devises ways to discuss the social, cultural, and ethical implications of emerging technologies by presenting not only artifacts, but also the quizzical scenarios that go with them. These projects shamelessly place the human being at the center of the universe and seek to take into account scientific and technological progress while respecting and preserving our essence as individuals.

Expect more on this topic as time permits exploration of the site, and, I hope, the exhibition behind it also, since I'm planning to visit New York in a couple of weeks.
Posted by Stuart Candy at 8:49 pm

Come and meet our beautiful island in the middle of the Atlantic...

i noticed that the Morph concept takes a lot from the technologies that are already present in nature (self-cleaning, etc.)