Participatory cli-fi: the Making of FutureCoast 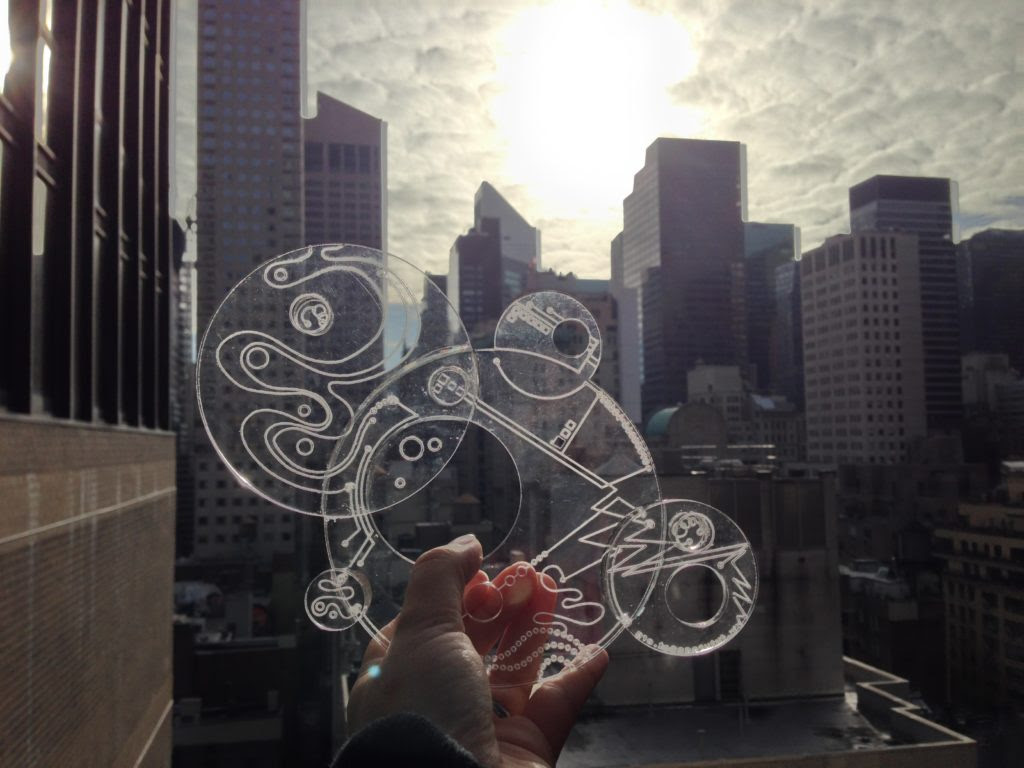 A central interest of ours at the Situation Lab* has to do with the design of participatory frameworks for storytelling at scale - also a central challenge for this project. So we asked the creative team behind FutureCoast, our friends Ken 'Writerguy' Eklund (World Without Oil) and Sara Thacher (The Jejune Institute), to tell us about what they have been learning from the making-of process. Here's what they said...

Stuart Candy: How do you describe the kind of work do you do, and what's the situation in that domain?

Ken Eklund: I am a creator of authentic fiction, by which I mean I create the attractive narrative vacuum that people fill up with their stories – playfully, yet with intention. I use game design behind the scenes, but often that's not apparent at all in the play itself. I help people find new ways to engage audiences, especially through collaboration. It's work that's more and more in demand, as old ways of communicating ideas and presenting issues lose ground to open, participatory experiences.

SC: What's the story behind FutureCoast? And the PoLAR Partnership?

KE: In fall 02008 the NSF convened a day-long symposium at The Exploratorium, in which innovative practitioners outside of science explained what they did to the NSF's advisory team. Afterward, Stephanie Pfirman, a chaired professor from Columbia, sought me out and we talked for two hours about game ideas set in the polar regions (her area of study). This is how my projects often begin...

Fast-forward to early 02011: Stephanie's back in touch. The NSF is calling for proposals for climate change education projects, and Stephanie thinks learning games are an exciting approach.

We learned we were chosen for funding in fall 02012; that's when the PoLAR Partnership was born.

The NSF has begun to focus on storytelling as a necessary part of climate change education, which maps exactly to how FutureCoast is played. So suddenly there's a lot of attention on our gameplay and methods.

SC: Some intriguing terms appear in the project description ("authentic fiction", ""de-abstractifies", and "veil of unreality") which seem to go to the heart of things. Where do these come from?

KE: Short answer: I made them all up.

As you know, I have trouble describing concisely what a game like World Without Oil is. After years of struggle I hit upon "authentic fiction" and like how it feels as a descriptor of my work. "Authentic" in this context means multi-authored, textured in the way only diverse minds can supply; but also reality-based, painting reality within a playfully fictional frame.

"De-abstractify" is my attempt to fill a hole in the language. There's a thing that happens with stories, when you stop observing the story and enter it. In real life, we say "the shit got real" but there's no equivalent in a storytelling context. Yet we all know there are those times when you're reading a book or watching a movie or, especially, playing a game, and the shit gets real and affective.

"Veil of unreality" comes from observation of the climate change discussion.

Sara Thacher: These are Ken's words. Words that I've also found very handy for discussing the project because they all touch on the personal nature of FutureCoast. The structure of a voicemail – one person calling another and leaving a message – is a hyperlocal thing. It's not a global phenomenon; it's about the connection between two individuals. Each of these words get at what happens when you start trying to think about climate change – something we generally hear about on a grand scale – on a much more individual level. It becomes something that's part of your neighborhood, something that impacts where you decide to buy a house, or the news you share with your parents. 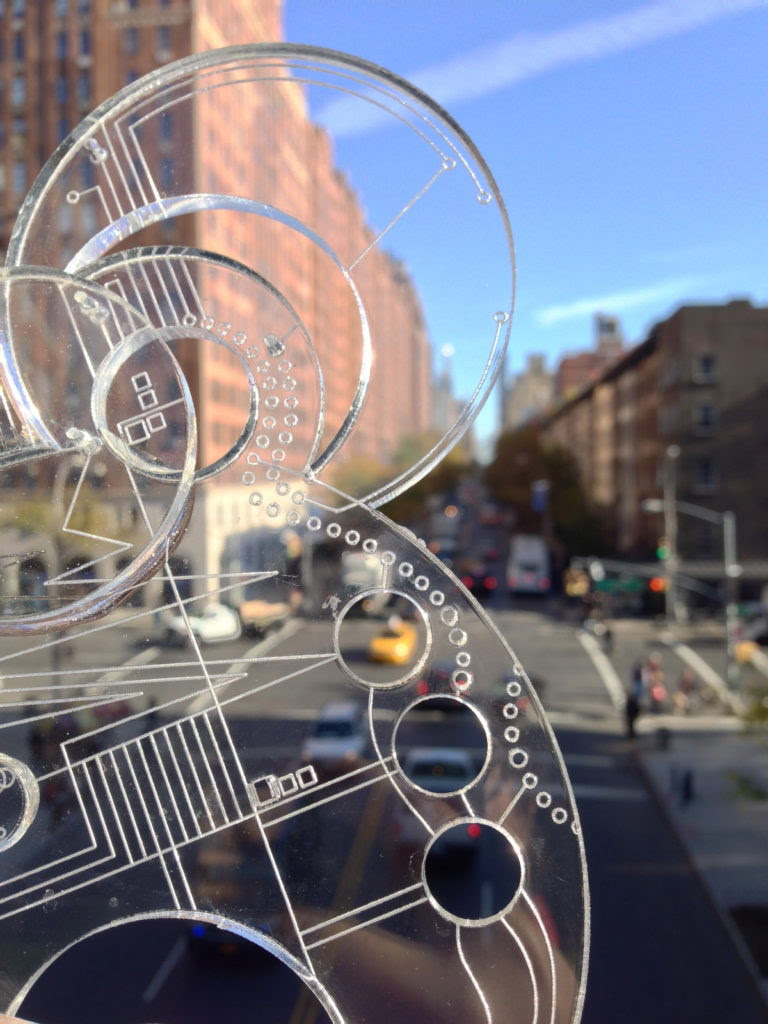 SC: The time horizon for players' voicemails from the future is 2020-2065. Can you walk us through the thinking there?

KE: Well, a software system in many of our futures has a leak in it. It's in the voicemail system, so voicemails are what's leaking through space-time. This software system comes online around the year 02020 in most futures, and they finally fix the leak around 02065. That's just what's happening, as near as we can tell anyway, so our thinking really doesn't enter into it.

Of course, this timeframe is probably a sweet spot, futurethinkingwise. It encompasses the lifespan of many people alive today and includes the adulthood of their possible children, so there's plenty of emotional engagement on offer.

SC: What comparable efforts have appeared before around climate change as a theme, and where does this project fit in? What challenges come with that territory?

KE: I don't know of any comparable approaches, but in a wider sense this project fits into the emerging genre of "cli-fi," climate fiction. Works of cli-fi tend to be single-authored stories about a single possible future, though; I don't know of any that are participatory or that explore the cloud of plausible futures.

The challenge with climate change as a subject is the polarized state of its discussion. It's made people wary of engaging with anything that has the global warming or climate change label. Less well recognized, it's also disefranchised people from the story – a scorched-earth war of talking points with no safe place left for the common person to venture hopes and fears or express what they know.

SC: As a "collaborative storytelling game" what precedents does FutureCoast build on? What perhaps has not been tried before (and why not)?

ST: Participatory storytelling happens around shared worlds – places where all of the participants generally know what the world is and then create their own space within that universe. These can happen with worlds that are anything from Harry Potter fanfic to people Tweeting as characters from The West Wing long after the show is over.

There are also participatory storytelling projects where the participatory part was explicitly planned for by the creators. Welcome to Sanditon let the fan community that had built up around their wildly successful web series, the Lizzie Bennett Diaries, have the opportunity to make their own characters in the fictional town of Sanditon (another Jane Austin adaptation).

What these projects and FutureCoast have in common is establishing a world that participants can share. Everyone participating agrees on two things: (1) the basic structure of the world – voicemails are appearing from the cloud of possible futures and (2) to the improv rule of "Yes, and . . ." where everyone's contribution is accepted as part of the world.

KE: This all very apt, and it made a connection for me that I've never made before:

I grew up in Arizona, in Phoenix, and my dad had this huge map of Arizona on our family room wall. On Friday nights we'd gather around that map and Dad would announce, "Well, we've never been HERE" and point to the map. (Some completely empty spot, like as not, as there are a lot of those in AZ.) And then on Saturday we'd pile some things into the family station wagon and go there.

Along those lines, as I grew up, as much as I admired Sherlock Holmes or Rivendell, I was even more captivated by Mycroft or Minhiriath – the unknown stories, the rabbit holes, curiouser and curiouser.

I think if you look at FutureCoast, World Without Oil etc. you can see there's an intention there to create as thin a narrative frame as possible, to make that "Yes, and..." as inclusionary as we can.

FutureCoast builds on the other works of authentic fiction I've done, most notably World Without Oil. It also builds on Sara's experience with The Jejune Institute and other geolocated experiences. But by design it's mostly experimental. I don't know of any other experience that uses in-game voicemails as the storytelling itself, or that embraces our level of multithreadedness, for example. We take a very positive approach, and that's noteworthy too, especially given the subject.

And it's rare to see game narratives that take their immersion as seriously as I do with mine. 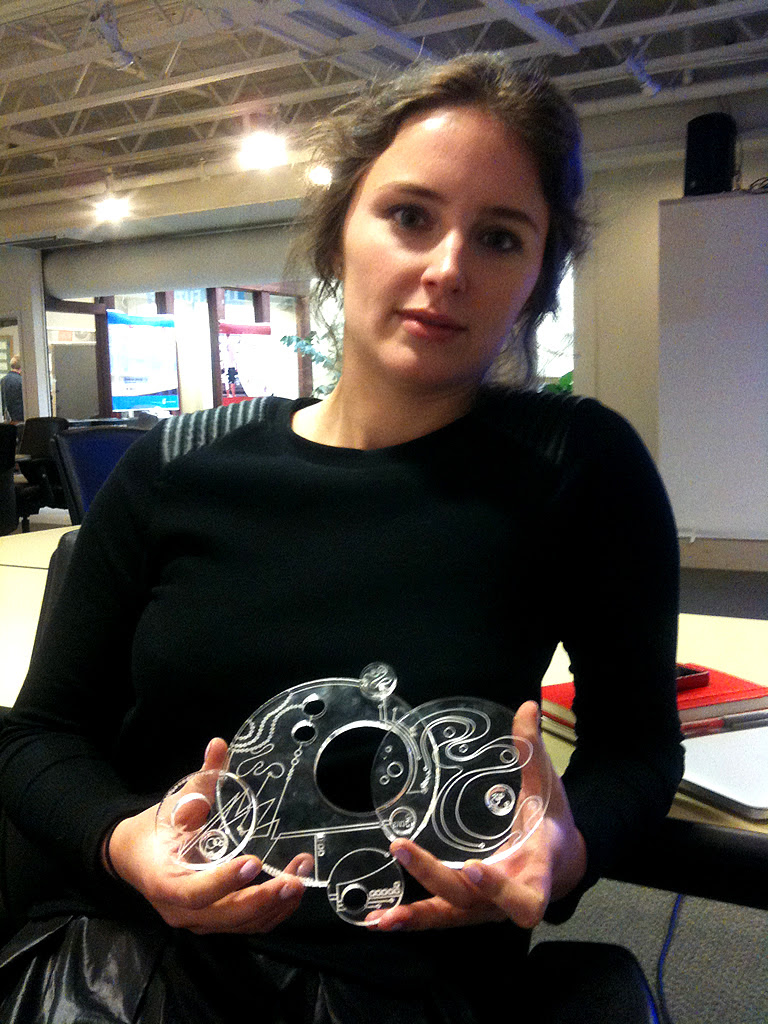 SC: Tell us about the choice of media and other elements of structure you've created for players to plug into.

KE: The main media are the voicemails. We've really focused on that medium because:
Voicemails are compact. In voicemails, people get to the point. They are a breath of fresh air in the climate change discussion.

The main storytelling structure is: the voicemails leak out of the cloud of possible futures. What this means is: inclusiveness regarding the voicemails that people contribute. Your expression of the future is not only accepted, it's valuable and welcomed as such.

Structurally, there are two halves to FutureCoast: the immersive narrative centered on FutureCoast.org, and the behind-the-curtain participatory storymaking centered at FutureVoices.net. At FutureCoast.org, you play along with the game narrative, listening to voicemails from the future and collecting them into mixtapes ("TimeStreams"). At FutureVoices.net, you help create the game narrative: you call the FutureCoast hotline to record the voicemails that express your visions of the future. You also volunteer to geocache a chronofact, a secret mission to make it seem the chronofacts are mysteriously appearing from the future.

SC: What main lessons for practitioners (in transmedia, futures, or game design) have come from the "making of" process?

KE: One main lesson is about the power of storytelling to engage hearts and minds. From the time I proposed FutureCoast to now, I've watched it move steadily from a shot in the dark to the bullseye in terms of how to frame issues in a meaningful way.

Another corollary lesson is about making a narrative truly participatory. As a storyteller, as long as you keep it your story, your audience won't regard it as their story – and will be less affected by it. I think futures practitioners should be especially interested in this approach. In our playtests so far, we've seen the future take on a high level of reality for people, very quickly. We have a fascinating blend of seriousness and playfulness.

Last, this authentic fiction stuff is really hard. But do it anyway!

SC: What sorts of possibilities do you see for this kind of work in the medium to long term?

KE: The more analysis I read about the effects of an Everything Is Connected world, the more well-positioned this approach seems to be in terms of creating engagement engines for real-world issues. The challenge is to keep moving; today I murmured to myself, "I don't think I'm unlearning things fast enough".

ST: I think our perceptions around 'authorship' are going to continue to break down. The area for participatory storytelling that I'm most excited about is just how much our remix culture has changed what it means to participate. Appropriation is almost not the right word anymore, because there's already a feeling that stories/media belong to everyone. In this brave new world, the TV show 'Mean Girls' becomes an avenue for political commentary and The Hulk becomes an advocate for feminism. In the future ahead, I'm excited to see how this'll be applied as increasing numbers of storytellers realize that their creations are already participatory.

this is a fantastic cli fi concept and as a game, wow, bravo. more info about cli fi available at wiki and google. news of your game should be in New York Times soon. I will do my best so spread the word. DANNY BLOOM, coiner of cli fi term, email me at CLI FI CENTRAL blog at danbloom AT gmail DOT com