A new collection on Speculation in Design

The University of Pennsylvania's Weitzman School of Design has published the latest edition of its periodical LA+, an interdisciplinary journal dealing with landscape architecture –– and more, as the name hints. 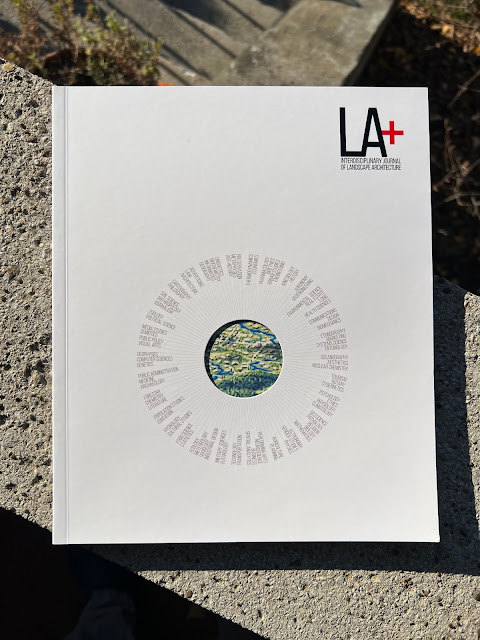 The topic and title this time out is SPECULATION, a multifarious and richly intersectional theme on which contributions appear from Alexandra Daisy Ginsberg, Javier Arpa Fernandéz, Min Kyung Lee, and Ytasha Womack, together with many others, all marshalled by the issue editor Christopher Marcinkoski and editor-in-chief Tatum Hands.

I had the pleasure of taking part in the project via a conversation with a wonderful transdisciplinary practitioner of landscape architecture and media arts, professor Aroussiak Gabrielian of University of Southern California's Architecture school. As a taste, below is one of my favourite questions posed by Aroussiak, and the thoughts it prompted.

AG: I’m wondering how you feel about the pitfalls in speculative design, given the criticism it has received for being speculation for speculation’s sake or that its focus has been very techno-scientific, or product driven – pushing forth the same capitalist system by inventing objects that we might consume in the future.

SC: Yeah, I think that those are definitely ways the work can fail to live up to its potential. Sometimes, especially early on, practitioners might find themselves using an excess of whimsy on one hand, or an excess of capitalist realism on the other. To me, both are ways of missing the mark, but I think it would be unfortunate if that were to lead some observers to think that the whole enterprise of using design and the arts to explore futures is without value. That would be a grand-scale throwing out of the baby with the bathwater. It’s possible to write bad poetry, too, but that doesn’t mean all poetry is bad.

I would say that some of the criticism drawn during the recent wave of speculation in design, while fair enough, is really responding to a sort of belated unleashing of creative energy that was previously stifled by a so-called human centered, but, let’s be honest, capital-centered, paradigm where the use of imagination is highly constrained, and aspirational only within tightly defined limits. You take those constraints off, and people go wild. That is actually kind of cool to watch, but is it the end state for the practice? I don’t think so. Once people have gotten some of that initial rambunctious energy out of their system, there is a sort of getting of wisdom in play. You can see this with [card game] The Thing from The Future. To start with, many players revel in the license to run free, be silly, and have fun. Then, after a while, they start to get a little bit more critical and search for ideas with more substance. The novelty of the very idea of something ostensibly coming “from the future,” perhaps exciting enough in itself to begin with, wears off, and players start to want to know more about what future it’s from, and how it might work, and how it’s different from what they’ve heard before, and whose interests it represents. This is part of why, having created the game, Jeff [Watson, cofounder of Situation Lab and professor at USC School of Cinematic Arts] and I kept adapting and modifying it, and using it with different groups to help push the general vogue for speculation past this initial flare-up of excitement and crappy ideas that we all tend to have when first invited to roam freely in the space of alternative futures.

To try to make the year 02050 matter right now is an important but difficult task. There’s no objective referent for a 02050 scenario – in contrast to trying to bridge into the shoes of someone historically or in the present, where you can at least partially ground-truth things. The inbuilt speculative challenge of futures is that they are not just epistemically but ontologically indeterminate. They are up for grabs. So we need to realize that when we’re making a hypothetical world specific enough to wrap our body-minds around, we’re making it artificially specific, just in order to be able to think and feel into it. We have to take the ability to inhabit this “what if” with a big grain of salt, because it’s not a question of getting it right or not, in a predictive sense; it’s a question of how rigorously and usefully we are deploying imagination to enable new perceptions and possibilities in the present.

If you're interested in the theme of speculation, as so many designers have been recently, check out the full piece (Futuring: A Conversation) and the collection as a whole (digital or print). 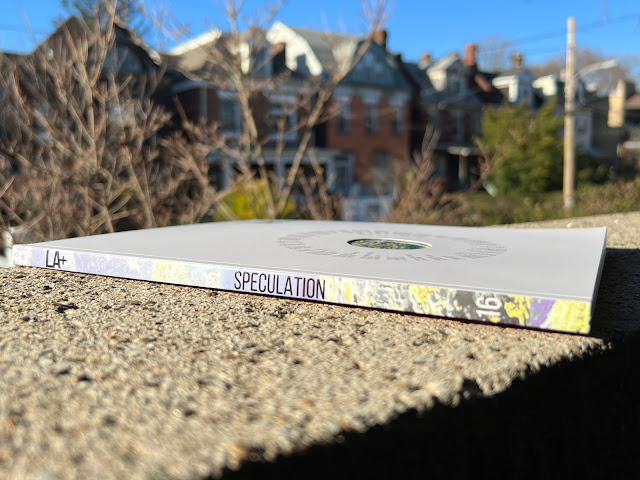