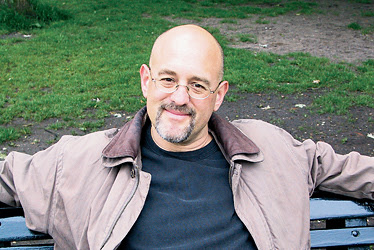 Harvard psychology professor Daniel Gilbert wrote a fantastic book called Stumbling on Happiness which I read last summer. Gilbert is an expert in the field of affective forecasting; how we think we'll feel in response to certain things happening to us. The main argument of his book is that when it comes to these kinds of forecasts -- matters as basic as what will make us happy or sad -- we're frequently wrong. Things we expect to be devastating turn out not to be so bad. Events we expect to transform our lives for the better might not have remotely the impact we thought. And on top of all that, our recollections of what we expected are distorted in hindsight, with the effect of hiding from our own view how wrong we were.

This systematic psychological quirk -- more a quirkplex, really -- is, or at least ought to be, rather a critical concern for this blog, and, I'd say, for futures in general. Because the contention that we should exercise foresight (or, engage in considering alternative futures) more often and more assiduously than we usually do -- an argument I advance with monotonous regularity -- is underpinned by the assumption that such work can make a positive difference to our decision-making. Or, to put it another way, that pursuing preferred futures (individually as well as collectively) is more meaningful and effective than simply meandering along, foresightless.

I realise I may seem to be biting off a lot to chew by raising questions so fundamental to my chosen field in a blog post. (That's probably the main reason I haven't written about Stumbling until now, even though when I read it eight months ago I thought it was terrific, and did not fail to note these troubling connections.) However, though Gilbert's book doesn't say too much about affective forecasting in relation to longer, slower, more systemic challenges, it turns out he has looked at how the problems of affective forecasting relate to such challenges. Specifically, he wrote about global warming (topic du jour here at t.s.f.) in an article for the Los Angeles Times in July 02006, a couple of months after the book was released. I just came across the LA Times piece over the weekend. Here's a shortened version:

No one seems to care about the upcoming attack on the World Trade Center site. Why? Because it won’t involve villains with box cutters. Instead, it will involve melting ice sheets that swell the oceans and turn that particular block of lower Manhattan into an aquarium.

The odds of this happening in the next few decades are better than the odds that a disgruntled Saudi will sneak onto an airplane and detonate a shoe bomb. And yet our government will spend billions of dollars this year to prevent global terrorism and … well, essentially nothing to prevent global warming.

Why are we less worried about the more likely disaster? Because the human brain evolved to respond to threats that have four features —- features that terrorism has and that global warming lacks.

First, global warming lacks a mustache. No, really. We are social mammals whose brains are highly specialized for thinking about others. [...] Global warming isn’t trying to kill us, and that’s a shame. If climate change had been visited on us by a brutal dictator or an evil empire, the war on warming would be this nation’s top priority.

The second reason why global warming doesn’t put our brains on orange alert is that it doesn’t violate our moral sensibilities. It doesn’t cause our blood to boil (at least not figuratively) because it doesn’t force us to entertain thoughts that we find indecent, impious or repulsive. [...] The fact is that if climate change were caused by gay sex, or by the practice of eating kittens, millions of protesters would be massing in the streets.

The third reason why global warming doesn’t trigger our concern is that we see it as a threat to our futures —- not our afternoons. Like all animals, people are quick to respond to clear and present danger, which is why it takes us just a few milliseconds to duck when a wayward baseball comes speeding toward our eyes. [...] We haven’t quite gotten the knack of treating the future like the present it will soon become because we’ve only been practicing for a few million years. If global warming took out an eye every now and then, OSHA would regulate it into nonexistence.

There is a fourth reason why we just can’t seem to get worked up about global warming. [...] Because we barely notice changes that happen gradually, we accept gradual changes that we would reject if they happened abruptly. [...] Environmentalists despair that global warming is happening so fast. In fact, it isn’t happening fast enough. If President Bush could jump in a time machine and experience a single day in 2056, he’d return to the present shocked and awed, prepared to do anything it took to solve the problem.

Brilliant, isn't it? Gilbert says, self-deprecatingly, in his introductory comments, "I keep having the odd thought that I will someday look back on this and realize that it was the only important thing I ever wrote." Seems a little downbeat. Everything I've read of his has not only been exceptionally interesting, but has also dealt with some pretty important issues.

Still, the problem he's describing here truly is monumental -- with emphasis on "mental". (Just shoot me.) We have an ingrained, collective psychological blindspot for the types of harm which are most serious and world-changing, and are instead obsessed by patrolling colourful trivialities like sexual preference or things that take out people's eyes.

All this is, more or less, the rationale -- whether the organisers know it or not -- behind efforts such as the Blue Line Project (ha! I told you this was a continuation from the last post). It's very consciously the reason for efforts we've made to put vividly imagined alternative futures into the public domain. It is a reason for developing both future-shock therapy, and its gentle cousin, ambient foresight.

Because without a mechanism for manifesting the outcome of long-slow processes here and now, a mechanism for rendering visible the risks and opportunities that are otherwise invisible, we will have no choice but to keep stumbling on happiness and catastrophe alike.

Our alternative strategy, which it is my aim to help advance as far as I can, is to make available the ingredients for people to stumble on foresight. And thereby to help develop a social capacity for thinking ahead that would make colossal blunders, like unwitting anthropogenic climate change, unthinkable (um, figuratively).

Then, my friends, the world might be safe for democracy.

"Because without a mechanism for manifesting the outcome of long-slow processes here and now, a mechanism for rendering visible the risks and opportunities that are otherwise invisible, we will have no choice but to keep stumbling on happiness and catastrophe alike."

Stuart, I just wanted to let you know how much I really enjoy your blog. Keep up the good work!

That's kind of you, Frank. Thanks for stopping by.

Please don't hesitate to share your views any time you'd like to take up a topic in more detail.