The People Who Vanished 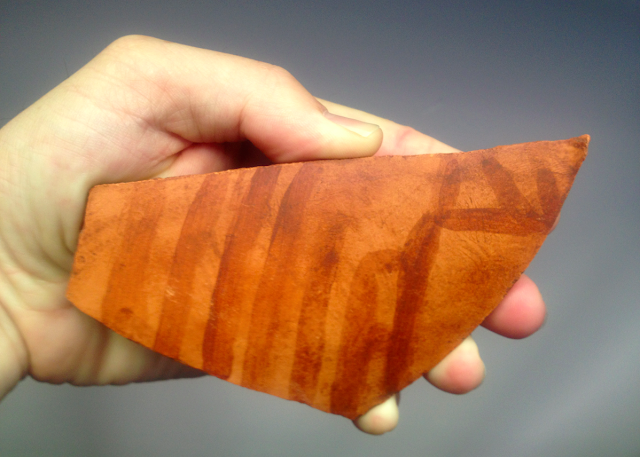 Update 01aug17: The journal article excerpted below, 'Designing an Experiential Scenario', has been named a 02017 Most Significant Futures Work at the annual Association of Professional Futurists (APF) Awards, in the Advancing Methods and Practice category. We are grateful to the APF and jury for this honour.

The People Who Vanished is a transmedia narrative project dealing with the prehistory of the Phoenix area, staged at the inaugural Emerge Festival hosted by Arizona State University in March 02012. Jake Dunagan and I designed and led a two-day workshop in which we produced an experiential scenario with 20 festival participants.

Although we had been doing Design Fiction and Experiential Futures for five or six years already by that time, we were excited about the challenges of co-creatively involving a group this size, and especially of the compressed production timeline, both highlighting the need for a shared mental model and clear framework for collaboration.

What follows in this post is a written snapshot of that design process. It's an excerpt from an article we recently published in the peer-reviewed journal Futures.† (File under: better late than never.) The article, or this lightly edited bit reproduced below, can certainly be read alone, although for a sense of the originally intended effect watch this video first; the tale as revealed to a live audience at Emerge (18 min).

The name Phoenix invokes the bird of Greek myth which would periodically burn up and rise again from its own ashes. It is a striking but little known fact that the city was so named precisely because it was built atop the ruins of a lost civilisation.

Beneath the streets and sidewalks of today’s Phoenix of four million inhabitants lie the remnants of the Hohokam, a society which flourished from around 0CE to 1400CE; “from Christ to Columbus”.

The Hohokam were expert canal engineers and irrigation agriculturalists. They built a thriving civilization in the desert lasting almost one and a half millennia. They farmed the land and channeled water through massive canals without any of the modern tools and equipment we have today. However, about a century before the arrival of Europeans in North America, they suddenly disappeared, for reasons that are unknown, and that are still debated by archaeologists.

The name Hohokam is an O’odham word meaning “the people who vanished”. Being an oral culture, it is unknown what they called themselves. 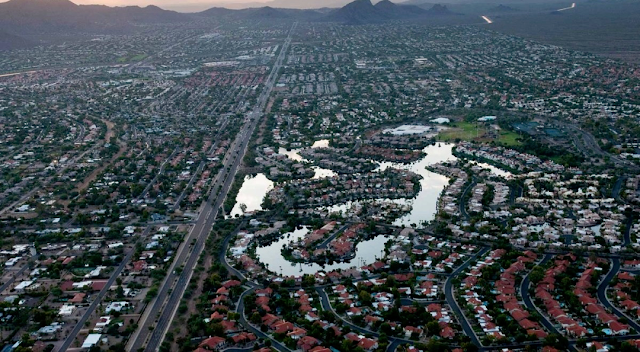 A question which we hoped to evoke for participants at Emerge became: “could the people of today’s Phoenix be the next to vanish from the valley?”

In order to push the boundaries of experiential futures, to do justice to the scope of the historical (and future) questions at hand, and to create a unique and fun learning experience for our workshop participants, we were drawn to the idea of executing a project at a monumental scale. We wanted to create something big; something that demanded attention; something that would appear suddenly and without warning — and that could carry deep meaning for the attendees. In our practice we and others often create hypothetical “artifacts from the future”, but in this case thought it could be interesting to create a fictional artifact from the past, in order to enable a reperception of present and future.

Throughout history, there have been breakthrough moments when we humans have been forced to confront our own ignorance and reimagine our collective story about who we are and where we came from. The unearthing of dinosaur fossils revealed a strange and diverse lifeworld on Earth long before human existence, overturning earlier thinking about natural history. Similarly disruptive were cultural discoveries such as the Dead Sea Scrolls, the Rosetta Stone, the city of Pompeii, and ancient technologies such as the Antikythera machine. The rediscovery of ancient philosophy, architecture, or artifacts from time to time has not simply added to a trove of curiosities from the past; but has heralded revolutionary change in society’s self-understanding. The Renaissance, the Enlightenment, and other epochal transitions have been initiated or accelerated by such archaeological moments.

There are always bound to be, this line of thinking suggests, possibility grenades beneath our feet, primed to explode our fragile certainties and platitudes about the story of our world. As U.S. President Harry Truman once said, “The only thing new in the world is the history you don’t know.”

What could this “new” and transformative –– if hypothetical –– slice of history be for Phoenix?

Examining the map pieced together by 20th century archaeologists of the extensive network of ancient canals spanning the area... yielded what turned out to be an essential insight: in addition to their obvious practical uses, the Hohokam canals could have had some previously unsuspected symbolic functions.

An idea emerged: towards the end of their tenure, the Hohokam may somehow have manifested a distinctive symbol in the archaeological record – one also appearing in the pre-collapse periods of other cultures. … Now we could recount the fortuitous “discovery” of a transcultural, transhistorical symbol of impending civilisational collapse. It would not be necessary (and in the circumstances would also not be desirable) to try to explain the precise means by which this harbinger of disappearance had cropped up around the world throughout history; the sheer “fact” of apparently concrete evidence of the mystery itself could provide the desired archaeological moment. 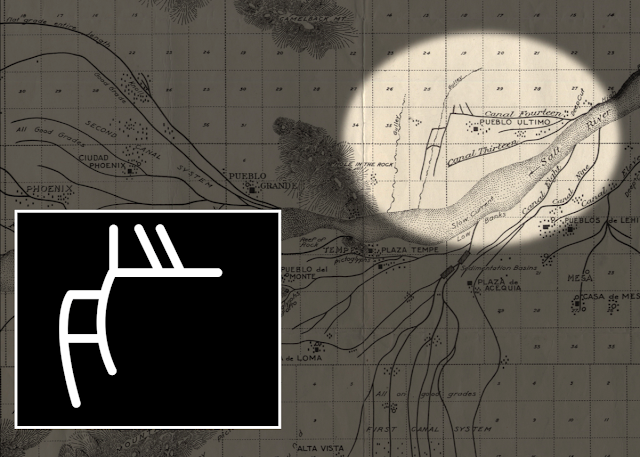 We would tell the following story: In puzzling out the fate of the Hohokam, our group had spotted this curious anomaly on the map, and had then been inspired by the thought of a symbolic, and not merely functional, role for the canals. One of our number then had the idea to do a google image search for this pattern and see what turned up (still true –– sort of). Shockingly, this search showed up a range of other instances of the same ‘glyph’ in diverse archaeological records elsewhere: the Harappan of the Indus Valley, the Anasazi, the Nazca, the Polynesian peoples of Rapa Nui, aka Easter Island. All this part was of course completely simulated; photoshopped into found photographs from these places. We would also be able to show how the glyph had turned up subtly but unmistakeably, inscribed in the patterns on Hohokam pottery too. And the kicker: the sole common characteristic discernible across all these disparate cultures, from wildly different eras and geographies, was that they had all disappeared. They were all collapsed civilisations. 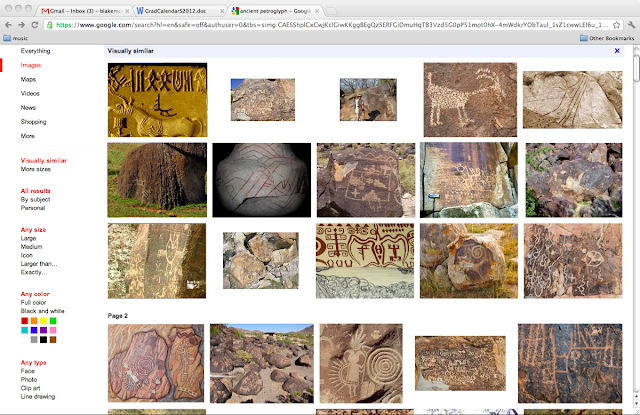 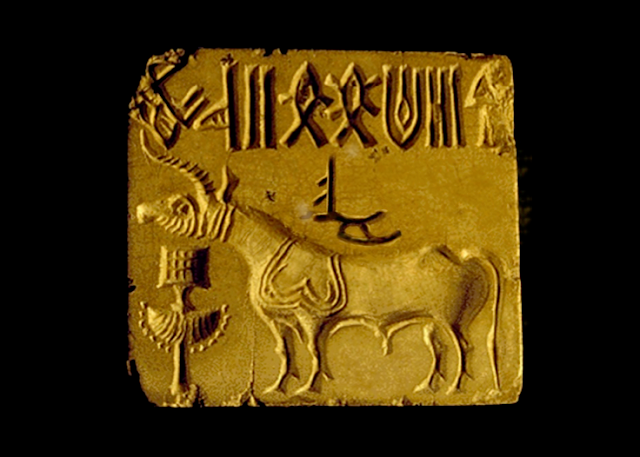 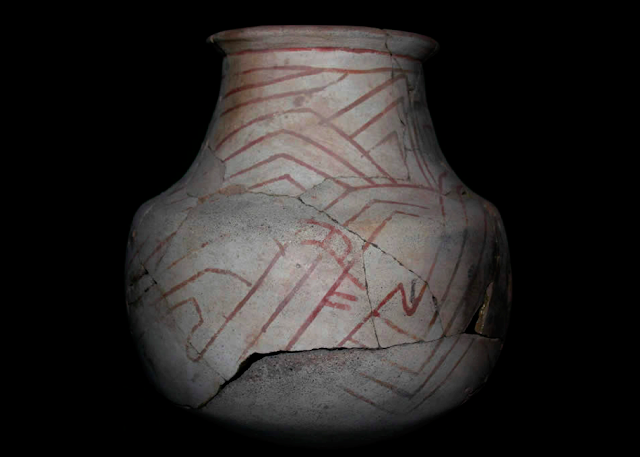 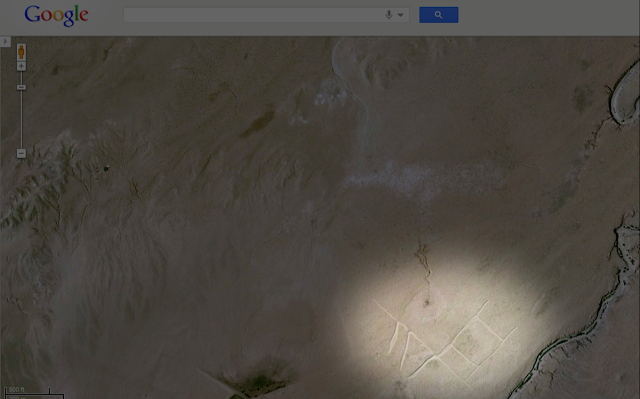 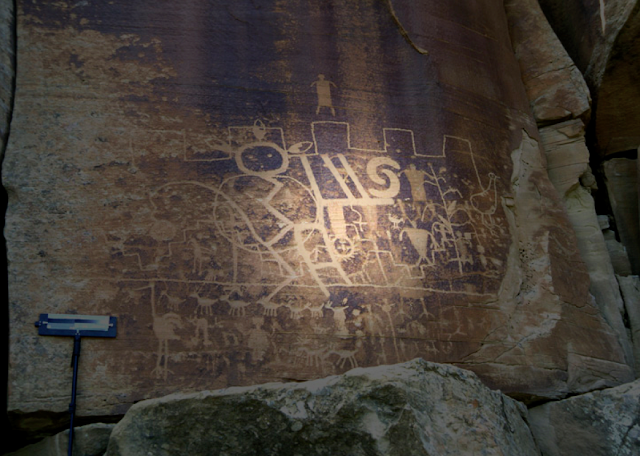 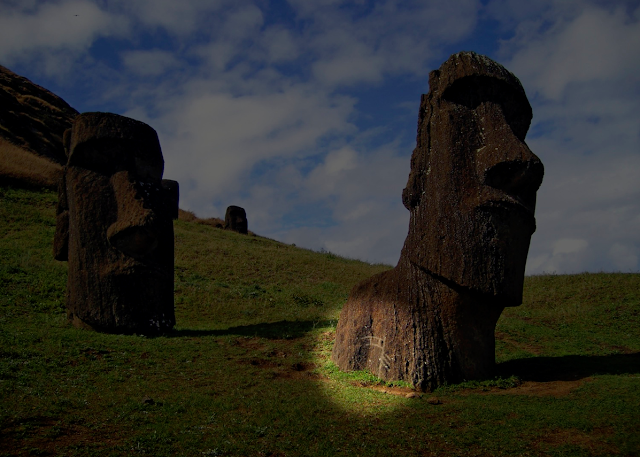 Bruce Sterling in Wired: "When one walked outside the auditorium afterward, there was a huge mystic glyph installed on the side of a local mountain." 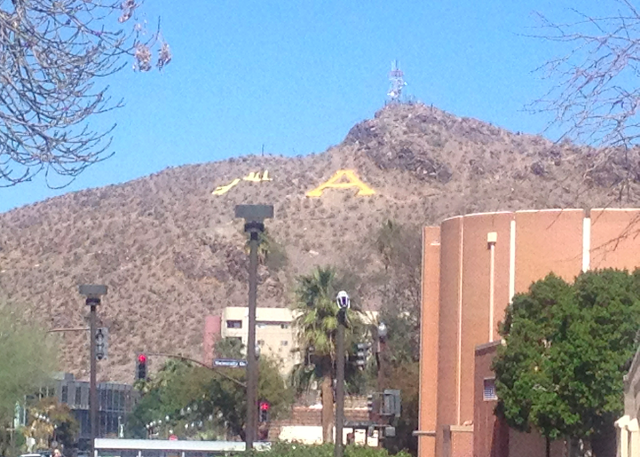 See also:
- Aisling Kelliher and Daragh Byrne (Carnegie Mellon University) in Futures journal
- Cynthia Selin (Arizona State University), one of the organisers, situating this work in Futures
- A trove of documentation (still images and timelapse video) from our workshop, via Carnegie Mellon
- Post about the Emerge exhibition featuring The People Who Vanished and other projects at ASU Art Museum
- A terrific design fiction video created by a group led by Near Future Laboratory's Julian Bleecker and Nick Foster in another workshop taking place at the same time 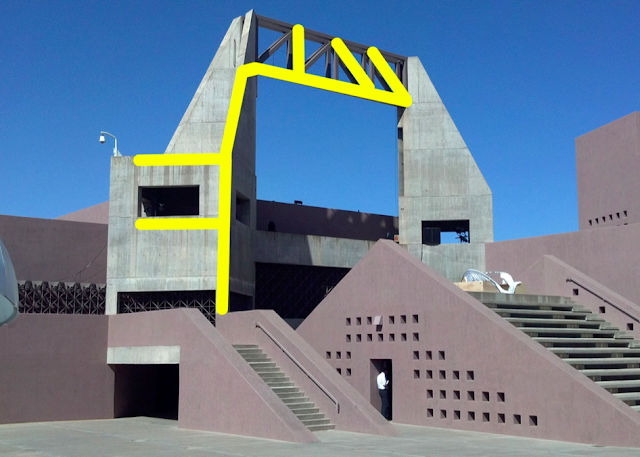 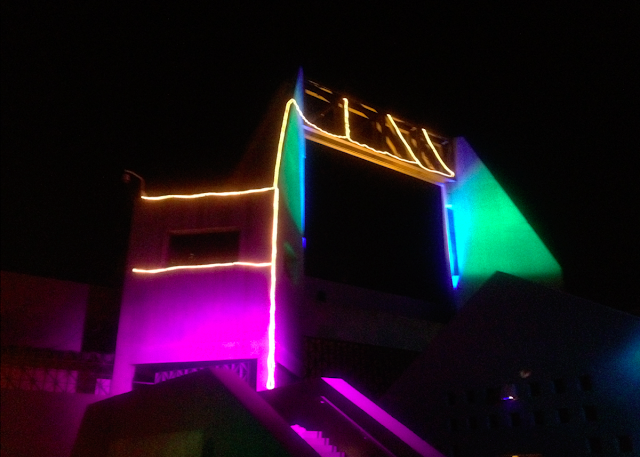 The paper excerpted above goes on to describe a framework that we devised during the workshop and have kept developing and using since as a conceptual model for scaffolding experiential scenarios and design fiction; the Experiential Futures Ladder. Implications for the foresight field of this multi-scalar mode of thought, as well as of the experiential turn more broadly (towards design, media, games and performance) are outlined.

The full text of the article in press, "Designing an Experiential Scenario", can be found in pdf here.

The journal permalink is here.

Related:
> The Experiential Turn
> On the eve of Emerge
> Dreaming together
> A History of Experiential Futures 2006-2031

> The Futures of Everyday Life
> Experiential scenarios on video
Posted by Stuart Candy at 7:24 pm