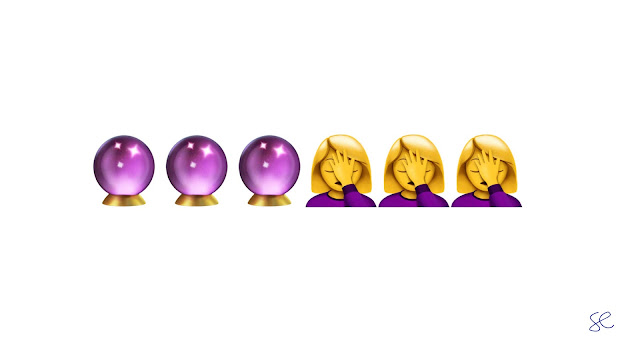 Futurists, stop me if you’ve heard this one before.

A journalist contacts you. They’re reporting on topic X (sure!) and how it could change over the coming years or decades (great!) and would like to speak to a futurist (sounds good!)

Then comes the big question: “What do you predict for the future of X?”

To offer a more pluralistic response, describing alternative futures based on different sets of assumptions, often spells the beginning of the end of that conversation. This is too complicated for the story they want to tell. No sooner have you suggested it than the inquirer is already moving on, questing for someone else, a more innocent (or more jaded) colleague of yours perhaps; one willing to play the crystal ball game.

In futures practice this vignette is wearyingly familiar, and the tendency in popular media towards linear, predictive, and binary treatment of “the future”, singular, is pervasive; enough so that to call it merely a journalistic preference or a pattern is too mild. Pathology would be closer to the mark.

But when journalists insist on simplistic coverage of “the future”, this is not just a problem for futurists trying to practise more thoughtfully. It’s a problem for journalism, too, and for the audience it is meant to be serving.

Whether, in any given case, the reason is cynicism or ignorance, does not much matter. Suppose on one hand, they know deep down that they could do better than the crystal ball game, but blame the constraints of story length, or readers’ attention spans. Or suppose on the other hand, they are themselves trapped in limiting philosophical assumptions that they don’t realise they are making. The result is the same either way. Systematic public exploration of alternative futures is woefully under-served by journalism.

Thankfully, the seductiveness of reductiveness doesn’t afflict all journalism equally, and pockets of real plurality, criticality, and quality are vital bright spots to seek out and build on.

For the past year I’ve been working with Matt Thompson, editor at The New York Times, on the new initiative he leads there, Headway, to investigate global and national challenges through the lens of progress. Matt and his team at the Times have an implicitly forward-looking remit, and in the course of our collaboration, we’ve also been exploring questions around how to support journalism and journalists to become more skilful and responsible in dealing with futures in the plural.

A few months ago we had a public conversation on this topic hosted by the USC Annenberg Innovation Lab. And for the next edition of South by Southwest, we’re looking to take it a step further. You can find the description for our proposed session How to Cover Futures, and a short video we made about it, here.

The challenges are more multifaceted than what I’ve sketched above, and the opportunities to work on them are manifold. This post doesn’t get into all that, but we hope the session will.

We’re aware of colleagues with much to offer on this topic — journalists with futures in their work, and futurists with journalism in their background — and we are keen to widen the exchange in both directions.

This proposed session is just a next step in progressing a bigger dialogue over the long term. For the stakes seem clear enough, and they are high: any society where thinking ahead is properly embraced, distributed and embedded would necessarily have normalised foresightful practices in media and journalism. Put another way, it’s hard to imagine a more sustainable, wise, or foresightful culture coming about, in any form, without society’s purveyors of news and commentary getting a lot more sophisticated in this area than they are today.

In the near term, then, we’d appreciate you sharing this with anyone you think might find it interesting, and voting at the link below by this Sunday [21aug22], to help improve the chances of it happening next March in Austin. 👇🎸✨🌱🤞

And we hope to see you there!

Adding here at TSF, for the record, our session description for How to Cover Futures:

Journalism is often described as the first draft of history. But it strives to frame the future. Journalists deal in a constant stream of predictions, promises, and forecasts, yet often address times to come in damaging ways: extrapolating linearly from current events, without much attempt to understand the full range of possibilities; outsourcing statements about the future to pundits and experts with little accountability for or follow-up on claims that turn out to be false; and giving far more weight to past events than to future possibilities in coverage. So what might a journalism look like that took the future seriously –– and playfully? How might we embrace both rigor and imagination as part of our responsibilities? In short, how do we cover the future?

Related:
> A TSF post from 02006 that makes basically the same point as above
> In Memoriam (on the bizarre experiential scenario we staged at SXSW in 02008)
> Design Fiction (recording of a panel with Bruce Sterling, Jake Dunagan, Jennifer Leonard, Julian Bleecker, and our late colleague Sacha Pohflepp at SXSW in 02010; the Internet Archive is awesome)
> Journalism from the Future (on efforts to report "from" various futures)
> The New York Times Special Edition (The Yes Men & Steve Lambert's guerrilla futures project)
> US Presidential Election 02024 (from 02008)
> Christchurch, New Zealand in 02031 (from 02014)
> Transforming the Future (a book about futures literacy)
> For further reading offsite, check out Jamais Cascio’s classic 02006 post Twelve Things Journalists Need to Know to Be Good Futurist/Foresight Reporters