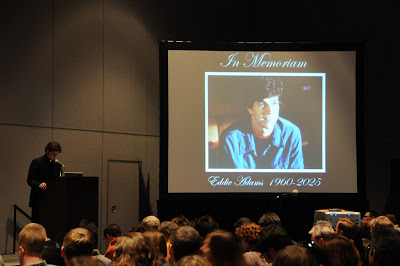 On 11 March, Jake Dunagan and I staged one of four experiential scenarios set in the year 02025 for the annual South by Southwest Interactive (SXSWi) festival in Austin, Texas. A trio of fellow future-mongers, Jamais Cascio (Open the Future), Wayne Pethrick (Pitney Bowes), and panel coordinator Michele Bowman (Global Foresight Associates), each devised and presented their own immersive fragment of a different 02025 in the same session. Thus was the audience for "Futurists' Sandbox" serially bombarded with a quartet of alternative futures exploring possible directions for social networking technology.

Together, the five of us had sketched out four very different settings to ensure maximum diversity in the ideas we would present. Jake and I chose to breathe life into the one dubbed "mobilisation", which resembled the generic image of the future that we usually call "discipline" at Hawaii Research Center for Futures Studies. Back in March, Jake posted a detailed description of the scenario and its theatrical translation at the HRCFS blog, in two segments, and the quotations below are his:

Combining our concern with expanding IP [intellectual property] rights and their impact on expression and freedom, we decided to integrate elements of the aesthetic economy, IP expansion, and surveillance culture--thus creating a disturbing totalitarian corporate-state.
...
[W]e chose to tell the story of the locked-down Dream Society through a eulogy for Eddie Adams, aka Dirk Diggler from P.T. Anderson's film Boogie Nights [i.e., the central character played by Mark Wahlberg]. 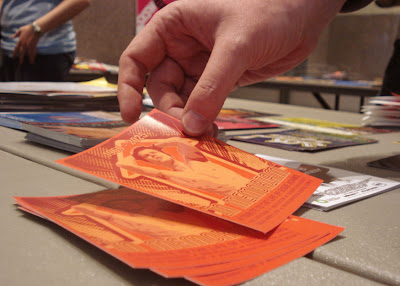 Our experiential scenario, a memorial service for pornstar-turned-copyfighter Dirk Diggler, was advertised at SXSW with "in-world" flyers...
[Photo: Stuart Candy] 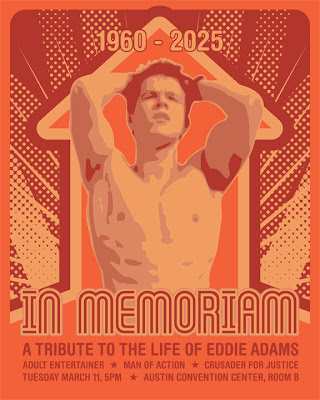 There was no indication in the SXSW festival materials that our group would be 'performing' scenes from our scenarios, and, after some debate, we decided not to preface the panel with an explanation of the method. This was a risky choice, and with access to the active twitterati and audience members commenting live on the SXSW Meebo chatrooms, we could see that the reaction to the panel was mixed, but passionate. Still, for what might be risked in subverting audience expectation, we feel this performative, immersive technique is much more effective at engaging the audience at both emotional and intellectual levels—creating an unusual, thought-provoking and memorable event.

It was a lot to try to convey all this experientially in 15 minutes (one quarter of the hour-long session), but we figured it as an interesting twist on a story and character that many in the audience would recognise. By no means was it the stand-and-deliver panel discussion format that many had expected.

So, when people entered the auditorium, they were greeted by sombre organ music, a suitably reverential arrangement of ELO's "Living Thing", from the Boogie Nights soundtrack (arranged and prerecorded by our talented friend John Maus). This was the first element of immersion in our memorial service for Eddie Adams, to be followed by impassioned eulogies by his priest (me), lawyer (Jake), and erstwhile co-star, Rollergirl (the incomparable Sandy Stone, who lives in Austin and graciously agreed to be involved).

The presentation was six months ago yesterday, and this post is long overdue (mea culpa). One reason for that is I'd been hoping, at first, for some video of the panel to surface, since the material shot on an ancient Hi-8 camera by our friends at the back of the hall didn't turn out. We do however have components from the slideshow we produced to accompany the Diggler eulogies, to provide a little more flavour... 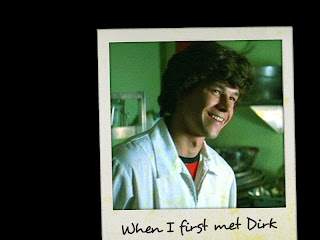 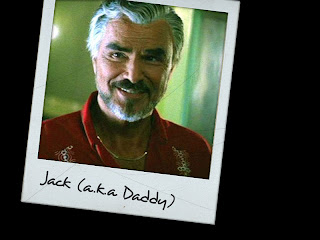 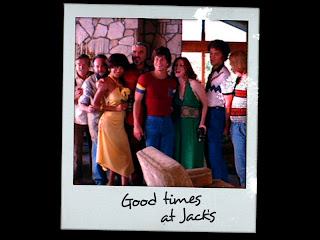 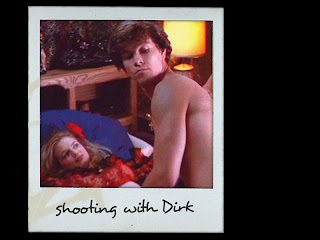 Above: some nostalgic shots from Rollergirl's Polaroid archive
[Images: Captured from Boogie Nights by Stuart Candy, composited by Matthew Jensen] 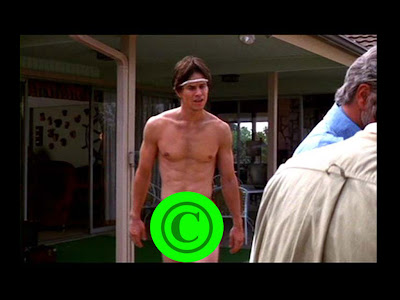 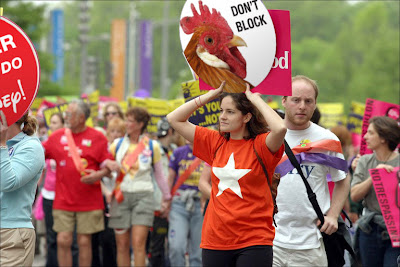 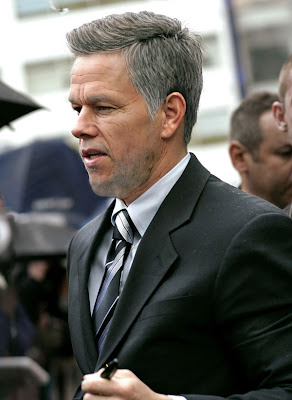 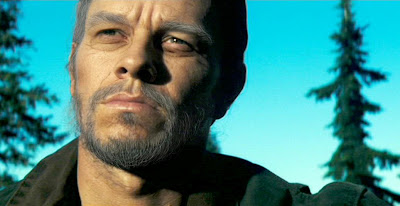 Eddie Adams, copyfight hero, at the sunset of his life
[Image captured from Shooter by Stuart Candy
Aged by Melissa Jordan, Pinkergreen]

The other three presentations were wildly different, both from ours and from each other.

Wayne's was a slick corporate presentation by Datapoints.net, a shadowy, all-seeing data aggregation enterprise (with a real website that you can find here): 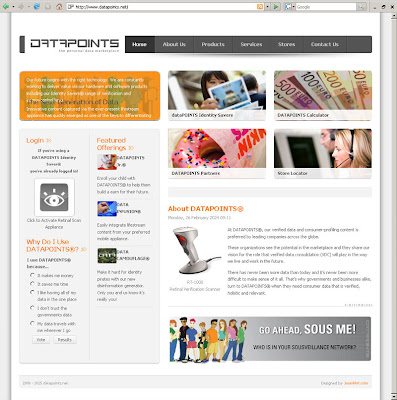 Michele's took the form of a charity auction benefiting the "Make A Friend Foundation" (for kids who can't afford to join Facebook), featuring a number of coveted future products and services on which attendees could bid. 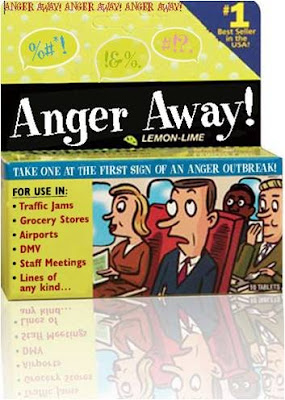 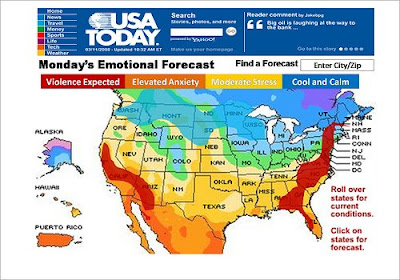 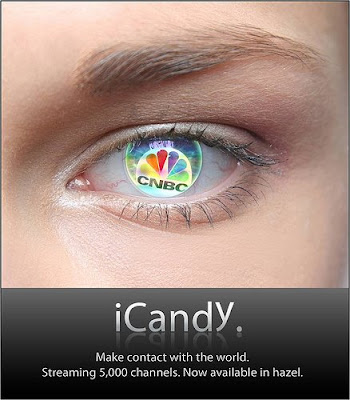 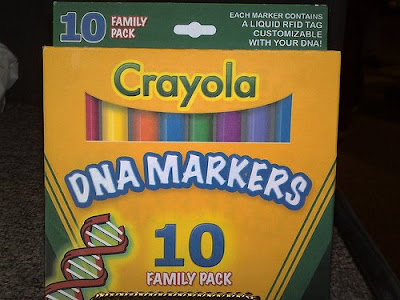 Finally, Jamais staged an other-worldly ultimatum from a hive-mind called "The Chorus". The question for audience members: will you join, or will you opt out? 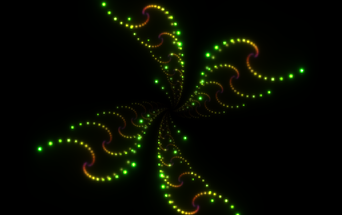 Screenshot from "The Chorus"
[Performed by Jamais Cascio
Audio available in full [mp3, 6.4Mb) here, via Open the Future]

Looking back six months later, what Jamais wrote at Open the Future on the day of the show still resonates:

The futurists' panel was... weird.

No, scratch that. It was freaking bizarre.

Life's ironies can be pretty extraordinary.

In any case, thanks are due to all who made this possible, including our hosts in Austin; our talented designer friends who helped bring the story to life; guest star Sandy Stone (for her compelling portrayal of Rollergirl, at ridiculously short notice); and of course our fellow futurist panelists who boldly agreed to immerse the audience in these four 02025s, FoundFutures guerrilla-style.

It made for an experience that I, for one, won't ever forget.