Humans have 23 years to go

Do not be alarmed. Continue swimming naked. 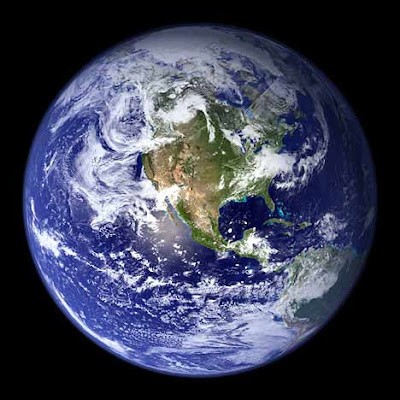 Humans have 23 years to go

PALO ALTO, CA — Based on the results of a year-long supercomputer simulation, the Global Extinction Awareness System (GEAS) has reset the "survival horizon" for Homo sapiens - the human race - from "indefinite" to 23 years.

"The survival horizon identifies the point in time after which a threatened population is expected to experience a catastrophic collapse," GEAS president Audrey Chen said. "It is the point from which a species is unlikely to recover. By identifying a survival horizon of 2042, GEAS has given human civilization a definite deadline for making substantive changes to planet and practices."

According to Chen, the latest GEAS simulation harnessed over 70 petabytes of environmental, economic, and demographic data, and was cross-validated by ten different probabilistic models. The GEAS models revealed a potentially terminal combination of five so-called "super-threats", which represent a collision of environmental, economic, and social risks.
...
The spokesperson for United Nations Secretary General Vaira Vike-Freiberga released the following statement: "We are grateful for GEAS' work, and we treat their latest forecast with seriousness and profound gravity."

GEAS urges concerned citizens, families, corporations, institutions, and governments to talk to each other and begin making plans to deal with the super-threats.

Like last year's World Without Oil (McGonigal again, working with writerguy Ken Eklund), Superstruct is a serious game predicated on *real play rather than role play; people remain themselves in the scenario and bring their own resources to the table, making it a psychologically and socially meaningful simulation rather than an escapist diversion. So Superstruct is designed to be not only a source of future-oriented entertainment, but also, and more profoundly, an innovative distributed research strategy for IFTF's 02009 Ten-Year Forecast.

You can find a bit more about the game at the curiosity-piquingly brief FAQ, or this ARGNet article.

While awaiting its official beginning, prospective players and applicants for the gamemaster positions have been submitting short dinner-time vignettes to lead into the game. The scenario outline states: It's the summer of 2019. You are yourself, but 10 years in the future. Describe where you are having for dinner, what you're eating, and what you're thinking or talking about. How did you wind up there, compared to where you had dinner most often in the summer of 2008?

To my left, the Taedong drifts by slowly. But I'm in a hurry -- for two reasons. First, it's raining like a sonofabitch, and second, I have places to be. So tonight, I'm having dinner at a McDonald's. For the first time in over twenty years.

Back in 01995, at age 15, I launched a personal boycott after seeing the golden arches on the Champs Elysees. It blew me away that the French, in all their gastronomic genius, could be wooed by such inglorious industrial tidbits. But, to be fair now, over the last decade, the company has reinvented itself. Completely. They faced a choice between a catastrophic erosion of customer base, as environmental and personal health came to the fore; or staying big by going local. In the summer of 2008, in New Haven CT, where I was staying with my very health-conscious girlfriend, every night we ate organic food we couldn't really afford, and avoided all foodstuffs deemed too "fast", for reasons that were sound at the time. However: that was the last summer of the old Mickey D's.

Early in 02009 -- just over ten years ago -- way ahead of legislation, and with rising transportation costs hot on their heels -- they were the first major fast-food concern to initiate a strategic five-year shift to a 200-mile limit for key suppliers. Where they led, others followed, pushing the development of hundreds, and eventually thousands, of micro-providers and farms within the radius of each branch. As inventory practices, and consumers, got more sophisticated, the actual carbon cost per item came indexed and included on the menu; as a result they now boast a cheeseburger footprint 20% lower than any other global provider. All-important signature condiments are still usually imported from further away, but the staple supplies come from close by. Of course, as a result, menus vary hugely from place to place; that's the model now. A few recognisable items remain -- the "Kun Mac" tasted more or less as before, though there's a popular animal-free beef option -- but the rice I'm eating tonight, declares the biodegradable package proudly, is from a farm just to the south, in the former DMZ; and my kim chee is made in a facility just a mile or so down the river.

All this is on my mind because of the project I came here to do. This is my first trip to Pyongyang, and with "Dear Leader" departed nine months ago at the ripe old age of 77, the transition to a more open era has been energetic. Many of the high-tech firms established in the south are in the midst of opening northern operations, and the whole peninsula is hungry for foresight expertise. I'm here with a delegation of futurists, many of them based in the lower half of the newly reunited country --- some I've known since we worked in Hawaii together over a decade ago. And now, in about an hour and a half, at the convention centre next door, we're staging an event that translates to English as "Food Court 02049". Executives from some of the biggest enterprises like Samsung and LG, and Daewoo Electric Vehicle Co. are interested in so-called smart- and nu-food technology (the intersection of agriculture, psychopharmacology and info science is a big deal at the moment -- they're touting "consumable software"). As a provocation to their "C-level" and "D-level" -- D for design -- teams, we're offering a series of meal options; some real, others simulated with help from master chefs and artists). There's a fish speakeasy (simulating endangered species that can't be consumed legally), a neo-aztec taco stand (culinary archeology is set to take off -- try the cuisines of an extinct civilisation!), an ayurvedically diagnostic, instant personal currymaker (which whips up a curiously neuroactive Saag Paneer), and just for fun, several bio-electrical charging posts for the possible post-singularity denizens of our imaginary 02049. We won't be serving Kun Macs at tonight's event -- that'll just be my no-longer-guilty indulgence at this newly opened branch. Sure, it would've been a stretch to imagine myself stooping to McDonald's ten years ago: but I figure, if McDonald's can change, then so can I.

My wife is no less health-conscious these days, but I've persuaded her to join me. Everyone says this is the best kim chee in town.

Related posts:
> Gaming alternative futures (anything but text)
> Gaming the end of oil (*See the comments to this post)
> World without oil photo essay

† Link not functioning at time of writing. If you're desperate to get to the original, try Internet Archive's Wayback Machine.
Posted by Stuart Candy at 10:43 am

Thanks Justin -- and nice blog! Have you heard of aiglatson?

Loved your scenario Stuart! I'll post mine in a few dys as well.

Cheers Frank, I'll check it out.

I wondered if you'd come across this example of a crowd-sourced restaurant based in DC: beginning to approach the key / local suppliers model you developed in your own Superstruct scenario.

If you have a moment, my scenario looked at our food relationship with our oceans & freshwater reserves. Called 'End of the Blue Frontier" it can be read at the following:

Any thoughts or comments appreciated.

Oh, and I just found this video, which seemed kind of appropriate. :)

But the question I'm stuck on re the Extraneo's Pyongyang video: Why the Moby soundtrack?

But the question I'm stuck on re the Extraneo's Pyongyang video: Why the Moby soundtrack?

I think he's made some of his stuff available for film makers for free, providing they're using it in a non-profit capacity.